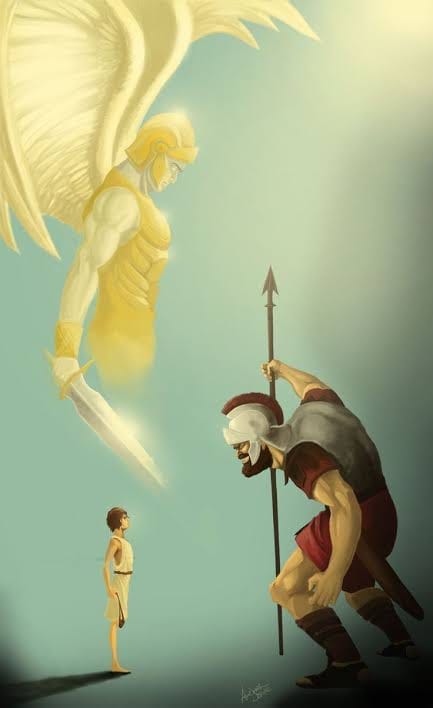 1 Samuel 17:37 AMP
David said, “The Lord who rescued me from the paw of the lion and from the paw of the bear, He will rescue me from the hand of this Philistine.” And Saul said to David, “Go, and may the Lord be with you.”
One of the verses in the bible that many believers love to quote is Jeremiah 29:11 which says
For I know the plans and thoughts that I have for you,’ says the Lord , ‘plans for peace and well-being and not for disaster, to give you a future and a hope.
I usually like asking; yes, God has a good plan for your life but do you know it and are you walking in faith with him to see it fulfilled? God has a good plan for everyone but not all walk and experience the fullness of what he has for us.
David was anointed as king by the prophet Samuel under Gods leading when he was still a young lad. His future was set and he and his family knew that his destiny was to be the next king of Israel. That sounds great but it was not going to be easy. David still had to walk with God in faith because there were many obstacles that were along the path to the throne.
Goliath was one of those obstacles and frankly speaking in the natural David stood no chance against this giant of a man. He was so terrifying that the whole of Israels army run and hid from him. These were men who were trained in the art of war, men who had experience yet they were terrified, what were the chances of a young untrained boy against this giant? None at all. It seemed like this was a dead end and there was no way to move forward but David had another perspective.
David had experienced God deliver him from a lion and a bear when he was out in the wilderness protecting the sheep. This was a similar situation but to a larger scale. The people of Israel needed to be protected from their enemies but unfortunately the one with that responsibility and charge, king Saul, was hiding with his whole army. David steps into the scene and he takes the responsibility and as we know the story, the rest is history.
Goliath and the philistine army were destroyed because a young boy dared to walk with God towards his destiny. This victory elavated David to a national scale giving him the influence needed to get to the throne.
Reflective Thoughts.
What is the Goliath that is standing between you and the promise that God has over your life?
—————————————————————-
Will you run and hide from your Goliath like thee army of Israel or will you run towards it in faith like the young David?
—————————————————————-
Moving forward with God does not mean you will not have challenges, they will be there. Question is how will you deal with them? David remembered his past victories in God, do you?
—————————————————————-