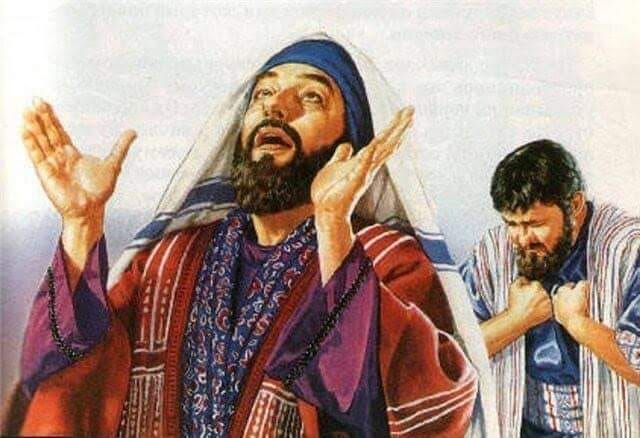 Matthew 23:27‭-‬28 NKJV
“Woe to you, scribes and Pharisees, hypocrites! For you are like whitewashed tombs which indeed appear beautiful outwardly, but inside are full of dead men’s bones and all uncleanness. Even so you also outwardly appear righteous to men, but inside you are full of hypocrisy and lawlessness.
The Pharisees and the teachers of the law prided themselves in their works. They were keen to create an impression amongst the people to show off how righteous they were through their public display of religious rituals. Jesus said they were like white washed tombs white on the outside but inside they were full of dead men’s bones. They looked alive but they were dead on the inside.
A religious mindset is built on pride it focuses on self and what self can do to look good. It is one of comparison focused on rituals without relationship. Looking religious on the outside but dead on the inside. Having a form of godliness without any power.
A kingdom mindset is based on a relationship with the King. Jesus tells us not to seek after things but rather to seek first the kingdom of God and his righteousness.
Romans 14:17 NKJV
..for the kingdom of God is not eating and drinking, but righteousness and peace and joy in the Holy Spirit.
A kingdom mindset is one that seeks after a relationship with God because that is how we obtain his kingdom, righteousness peace and joy in the Holy Ghost. This is a mindset that seeks to please the father not just by what we do but by the condition of our hearts first. It is a mindset that recognises that all who are born again are part of this kingdom and God loves us all, we belong to one kingdom and thus there is no competition. A kingdom mindset is one of humility recognising that it is in humbling ourselves before the king that we are lifted up.
A kingdom mindset recognises that God looks at the heart and it’s intentions and only he can change our hearts as we embrace his free gift of salvation by faith through grace in Jesus Christ.
Reflections
Do you ever find yourself doing things to show off how righteous you are and how much you love God?
When the Pharisee and the tax collector went to pray in Luke 18, the Pharisee thought he was more righteous because he was comparing himself with the tax collector. Do you ever find yourself doing that?
What must you do to develop a deeper kingdom mindset?