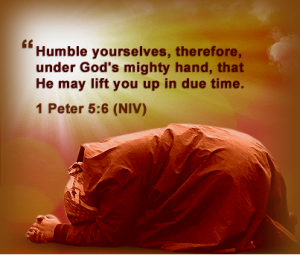 Sometime back my daughter was doing her homework and she asked me what the meaning of the word proud was. As I looked at her I wondered how I can break this down so that she understands. I remember telling her a proud person is one who thinks they are better than everybody else, they think they deserve more than others. From the look on her face I could tell several names had popped up in her mind.
Paul urges us to have the mind of Christ and pride is not part of it. As Believers we need to have a renewed mind so that we are not thinking and processing things the way the world does.

Philippians 2:5-7
5 Have this same attitude in yourselves which was in Christ Jesus [look to Him as your example in selfless humility], 6 who, although He existed in the form and unchanging essence of God [as One with Him, possessing the fullness of all the divine attributes—the entire nature of deity], did not regard equality with God a thing to be grasped or asserted [as if He did not already possess it, or was afraid of losing it]; 7 but emptied Himself [without renouncing or diminishing His deity, but only temporarily giving up the outward expression of divine equality and His rightful dignity] by assuming the form of a bond-servant, and being made in the likeness of men [He became completely human but was without sin, being fully God and fully man].
Now that is profound when you digest what Paul is saying. Jesus existed in the form and unchanging essence of God in full with all the divine attributes yet he was willing to lay that down to assume the form of a bond servant. That to me is the epitome of humility. He put aside all that because of the love He has for us. We were first in His agenda that humbling Himself to such a degree was not a big deal.

Humility is one of the attributes of a Christ like mind. Do we consider ourselves better than others, do we hold on to our positions and titles because they elevate us in comparison to others? Are we so consumed by what we want that the needs of others don’t matter? If we do then we do not have the mind of Christ.