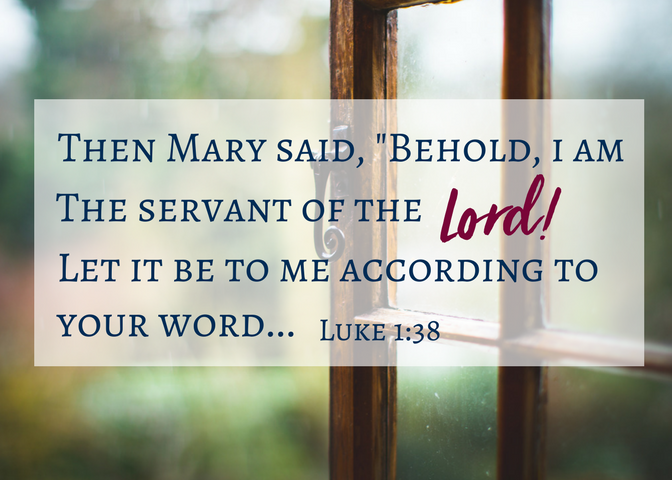 We always know Mary the mother of Jesus as the Virgin Mary. That in itself is a testimony about her character and life. She kept herself pure. She stood for God and was available to be used of God. She was ready in season and out of season.

Luke 1:30-33
30 The angel said to her, “Do not be afraid, Mary, for you have found favor with God. 31 Listen carefully: you will conceive in your womb and give birth to a son, and you shall name Him Jesus. 32 He will be great and eminent and will be called the Son of the Most High; and the Lord God will give Him the throne of His father David; 33 and He will reign over the house of Jacob (Israel) forever, and of His kingdom there shall be no end.

Several things stand out when we look at Mary’s visitation. First we must acknowledge that she had an understanding of God’s word and as we said before she kept herself pure. The fact that she embraced the declaration of the angel suggests that she had an understanding of what biblical prophecy had declared about the coming messiah.
Mary was a woman of faith. Unlike Zacharias who doubted the word of the angel, Mary embraced it with faith in her heart and she spoke it out when she said be it into me according to your word.
As much as this was amazing news it would put Mary in harm’s way because of the culture of the day. Being that she was engaged to be married, being found to be with child would mean that she had been unfaithful and that was a death sentence but she did not concern herself with that. She believed God would sort it out. This could have meant a possible divorce and Joseph was actually thinking along those lines. Think about what both families would say, the repercussions of this “blessings” seem so negative but Mary did not concern herself with how things would work out, she just believed.

What has God spoken to you about? Are you in doubt because Gods word is contradicting with the culture of the day? Have you believed or are you busy trying to work out the details of how everything will fit together?

After the visitation Mary went on to stay with her cousin Elizabeth and she was there for 3 months. She knew the company to keep because as the angel told her, Elizabeth also had also received a visitation. Keeping the wrong company can detail the vision that God has incubated in your heart.
Mary was a woman of faith a woman of courage a woman of purity and purpose and she was a woman whose heart was sold out to God ready to walk in obedience no matter what.