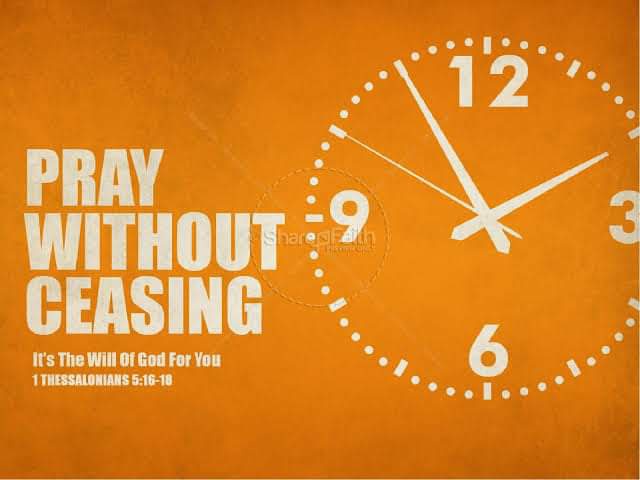 Luke 5:16
16 But Jesus Himself would often slip away to the wilderness and pray [in seclusion].
One of the most noticeable thing about the ministry of Jesus was his prayer life. In fact it was so powerful that it was the one thing that his disciples asked him to teach them to do in the book of Luke 11.
The early Church in the book of Acts was a church of prayer and their prayers moved mountains. Acts 2:42 says they continued steadfastly in prayer meaning it became their way of life. Their prayers shook the ground, they prayed until chains were broken, they prayed until the miraculous became their way of life, they prayed and angels appeared.
A true disciple of Jesus is one who understands the place and power of prayer and they engage in it as a way of life.
But what is prayer?
Simply put, it is communication with God. Jesus came to restore our relationship with God the father and now that this relationship has been restored then we should have the joy of communing with our heavenly father through prayer.
From our key verse we see that even for Jesus, prayer was a way of life and he often secluded himself from the crowds and even his disciples so that he could connect with his heavenly father.
Matthew 6:6-7
6 But you, when you pray, go into your room, and when you have shut your door, pray to your Father who is in the secret place; and your Father who sees in secret will reward you [b]openly. 7 And when you pray, do not use vain repetitions as the heathen do. For they think that they will be heard for their many words.
Praying with others is great but every disciple of Christ must also develop their own personal prayer life where they spend time alone with the Father allowing the Spirit of God to minister to you guide you and strengthen you.
As the saying goes; “7 days without prayer makes one WEAK!