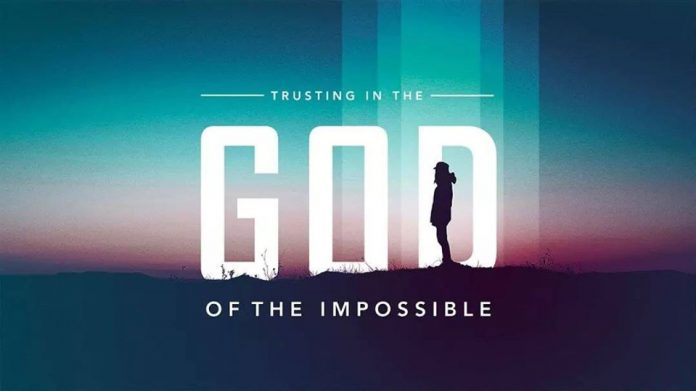 Genesis 17:17
Abraham fell to the ground, laughed, and thought in his heart, “Can a child be born to a hundred year old man? Can Sarah a ninety year old woman give birth?”

When God revealed to Abraham His will which included Abraham becoming the father a great nation, you would have expected Abraham to bear many children, but that was not the case. At one point he gets inpatient and gives in to Sarah’s idea to bear a son with her maid servant but God says that is not the son of promise.
Gods will must be accomplished in Gods way because then only He, gets all the glory.
God’s way was the impossible way, for Abraham and Sarah to bear a child in their old age.

Whatever God has shown you and promised, he will bring it to pass in His own way.
His way may be to go round the wall of the city once in silence for six days and then on the seventh day go round seven times and give a great shout the seventh time. Doesn’t seem like much of a battle strategy, but the walls of Jericho came down.

His way may be for Lazarus to die be buried and start rotting then Jesus comes to resurrect him.
His way may be to allow you to be thrown into the lion’s den or the fiery furnace but then you amount to no harm.
His way of getting you to the palace, your place of destiny may be to have you sold as a slave, get falsely accused of attempted rape and end up in the king’s prison before you are suddenly promoted to the palace.

His way was for His son to come down to earth, be born of a virgin and die a cruel painful death on the cross in order that humanity may be saved. No wonder Jesus was in anguish in the garden of Gethsemane saying father if it is possible, let this cup pass from me, yet not as i will but as you will.
You cannot figure out Gods ways and how He will bring His promise to pass. Have the peace, faith and reassurance that what He promises, He delivers in His own way.