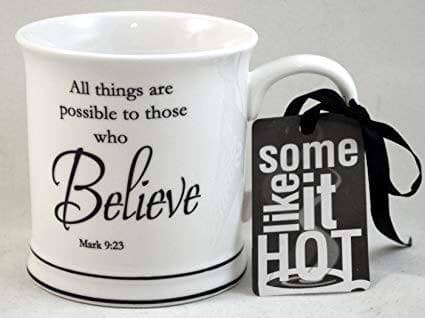 Every day for forty days the giant would step out and shout out his challenge. He was huge, his voice was intimidating, his armor, no ordinary soldier could carry. This giant of a man had intimidated a whole army of God’s chosen people Israel. For 40 days he made his challenge and no one from Israel said anything, they were all shaking in their sandals including the king. Remember this was an army of trained solders and I am sure the giant Goliath arrogantly believed no one could challenge him.
Well so he thought until a young man walked onto the scene and because he had a different perspective he responded to the challenge by saying something.

1 Samuel 17:26-27 (CEV)
26 David asked some soldiers standing nearby, “What will a man get for killing this Philistine and stopping him from insulting our people? Who does that worthless Philistine think he is? He’s making fun of the army of the living God!”
27 The soldiers told David what the king would give the man who killed Goliath.

While all others saw a giant and a problem, David saw an opportunity. A courageous believer sees obstacles as opportunities to glorify the God that they serve.
Even with all their military training the soldiers were scared but surprisingly David was not and that’s because they were looking at the same situation from two different perspectives. As opposed to the armies of Israel that had heard Goliath taunting them for 40 days and they did nothing, David only heard Goliath speak once and for him once was one time too many. He took the opportunity that all others were afraid of, and he did something, remember faith without works is dead!
David operated from a place of covenant, he knew that His God was backing him. He knew that with God on his side there was no way he was going to lose no matter how big a fierce Goliath was. David knew God would use this situation to glorify Himself.
What about you, what is your perspective; what do you know?