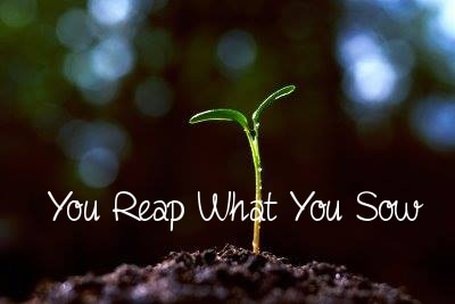 Galatians 6:9
“Let us not get tired of doing good, for we will reap at the proper time if we don’t give up.”

As a kid, were you taught that if you couldn’t say something nice then don’t say anything at all? It’s obvious that our culture has forgotten that. Another lesson that is slowly being forgotten is doing good things for others simply to do it. Some people do it so that they could post it on social media. Everything has to be broadcast because if it isn’t, it really didn’t happen. Paul tells us not to get tired of doing good because it will pay off in the end.

Working Towards Something
Galatia was an interesting church. It was off by itself in the middle of the country we know as Turkey. It wasn’t near the churches of Ephesus and Laodecia which were more near the coast of Greece. Because of its isolation, they had some unique problems. First among them was the temptation to fuse Judaism and the Old Testament Law with the grace of Jesus’s salvation. What was resulting was a works-based faith that was wearing the people out. Paul wanted them to continue doing good and not give up because, at the right time, they would reap the blessings from it.

One of the golden rules of being a Christian is to do good works. We don’t do them to earn our salvation or make God like us more but out the overflow of what Jesus Christ has done for us. If we do good works for the wrong motives, we will soon grow tired of doing them. We don’t do the good works to get the blessings, but we need to understand that God is watching what we are doing and as he sees us doing good works he will bless us when we need it.

It Will Pay Off in the End
When we sow destructive behaviours like criticisms and judgment of others, that is what will come back on us. Make a decision today to sow the good things in life. In will pay off in the end.