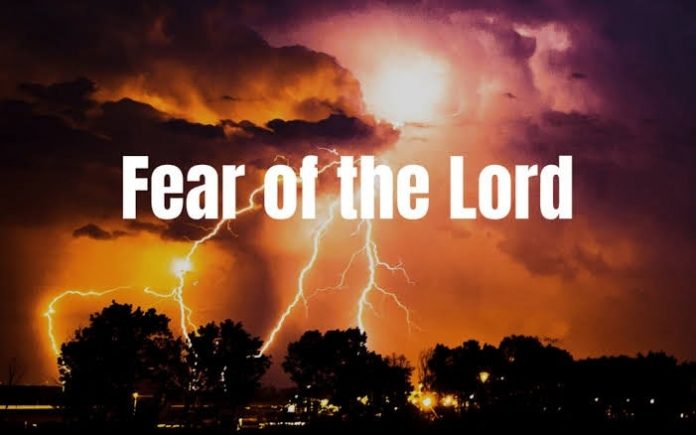 Acts 5:5‭, ‬12‭-‬13 NKJV
Then Ananias, hearing these words, fell down and breathed his last. So great fear came upon all those who heard these things. And through the hands of the apostles many signs and wonders were done among the people. And they were all with one accord in Solomon’s Porch. Yet none of the rest dared join them, but the people esteemed them highly.
The early church though hated and persecuted was also feared in great measure. The power of God was so tangible in their midst, no one could deny it. What made this extraordinary was that the leaders of the church were ordinary men who had walked with Jesus, and now the power of God was more evident in their lives than in the lives of the Jewish religious leaders.
Even today, God uses those who are available and willing and obedient. We have seen ordinary men and women who may be less educated and cultured operate in the power and anointing of God in measures that are astonishing because they were willing and obedient to be used by the lord.
Ananias and Saphira fell down and died because they lied to the Holy Spirit and great fear came upon the church and the people. There was a seriousness and reverence about the things of God because of such incidences.
Think about all the great signs and wonders that accompanied the preaching of the gospel in the book of Acts. The people could see that God was with this people, and he was moving in their midst.
Today people mock the church and in some places it has become a laughingstock because many imposters have come on the scene in the name of being men and women of God. Even some believers have lost reverence for the things of God and shift between the world and the church not afraid of any repercussions.
We must go back to our first love so that the power of God can accompany the message that we preach, lest we preach and fail to enter the eternal glory that we preach about because we are lukewarm.
Reflections.
Have you ever been mocked for being a Christian? What happened?
Why is the church not taken seriously in this generation?
What would happen if the tangible power of the God we preach was present in our Church services, as it was in the book of Acts?