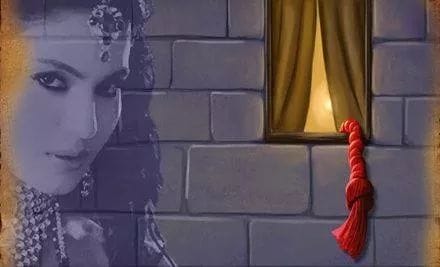 Joshua 2:1-2
Then Joshua son of Nun sent two men secretly from Shittim as spies, saying, “Go, view the land, especially Jericho.” So they went, and entered the house of a prostitute whose name was Rahab, and spent the night there.

Rehabs story is one of hope and encouragement to all of us who make mistakes and miss the mark as we walk through life. Rehab was a prostitute living in a pagan city that was destined for destruction. Like all the other inhabitants of Jericho she had heard the stories of what God had done for the Israelites, and she was deeply convicted that the God of Israel was the true God!
Now you would probably think that Rehab being a pagan prostitute, she would not have any interest with the things of God but that was not the case. What she does shows us that she is an individual looking for an opportunity to live a different life and to know this God. Like one song said, there is a God shaped hole in all of us and only God can fill it. Many have tried to fill it with religion, money, drugs, sex and many other things but only God can quench that thirst created by the emptiness in the hole.

Rehab was willing to risk all she had for a God she did not know. She was looking for God and two Israelite spies walked her way and she took the opportunity with the hope of a better life. Being a prostitute, she was used to strange men walking into her house to seek for her services. Interesting that when the two spies came to her, she was discerning enough to treat them differently than the men who she was accustomed to. She recognized that they had something she needed and she made a deal with them and hid them.

Because of her actions, not only was her life and that of her family preserved, she also ends up in the lineage of King David and Jesus Christ. She is also one of the two women mentioned in the faith hall of fame in Hebrews 11.
It is never too late to turn back to God and you can never be too far gone for God to save you. God is a God of second chances and no matter what you have done, if you truly search for him with a repentant heart, He will come to you and give you another chance!