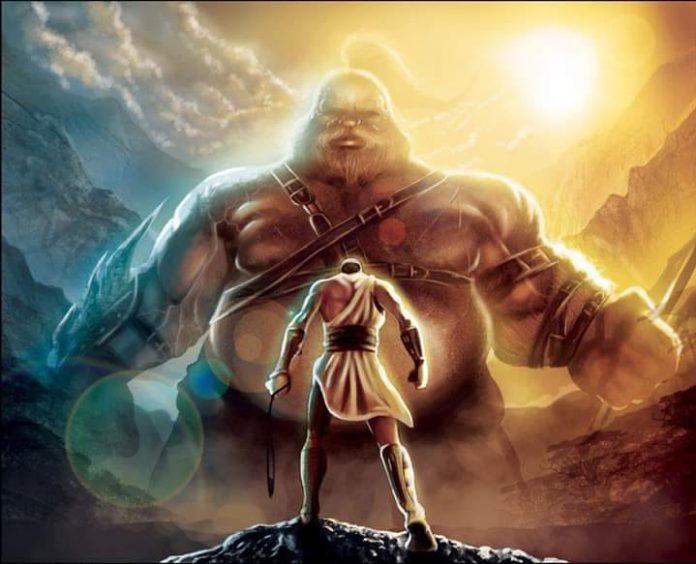 1 Samuel 16:11‭-‬12 NKJV
And Samuel said to Jesse, “Are all the young men here?” Then he said, “There remains yet the youngest, and there he is, keeping the sheep.” And Samuel said to Jesse, “Send and bring him. For we will not sit down till he comes here.” So he sent and brought him in. Now he was ruddy, with bright eyes, and good-looking. And the Lord said, “Arise, anoint him; for this is the one!”

David was not even invited to the party so to speak and yet he was the reason for the party. The bible says that Samuel the prophet consecrated Jesse and his sons and invited them to the sacrifice. In the eyes of Jesse, David was too insignificant to be invited to the sacrifice yet unknowingly, he was the main agenda.
When Samuel stops the whole service and declares that they will not sit down until David comes, I wonder what was going on in his brothers minds because it was clear that none of them was the Lords choice.
Sometimes you may be overlooked because you are young and you seem inexperienced but if God has chosen you then everything will stop until you show up. Paul told young Timothy not to let anyone despise his youth and the same applies to you.
Even when David went out to take some good to his brothers who were supposedly at war but in reality they were hiding and terrified of Goliath, they were not very happy to see him and they wanted him to go back to look after his “few sheep” but he was the main attraction at this war. This was his war. When no one believed in him, when he was out there with the sheep he killed a lion and he killed a bear. He believed in himself he did not consider himself to be a nobody. He worked on his skills because he was a great harp player and he was a master at slinging a stone. God was with him and no one noticed until the appointed time came. When the opportunity presented itself he was ready and he took it. Goliath never stood a chance.
David may have looked insignificant to his family but that is not the way he saw himself, and neither did God see him that way either. He worked on himself he loved God and he recognised his opportunities. May you and I learn from him because no one is insignificant.