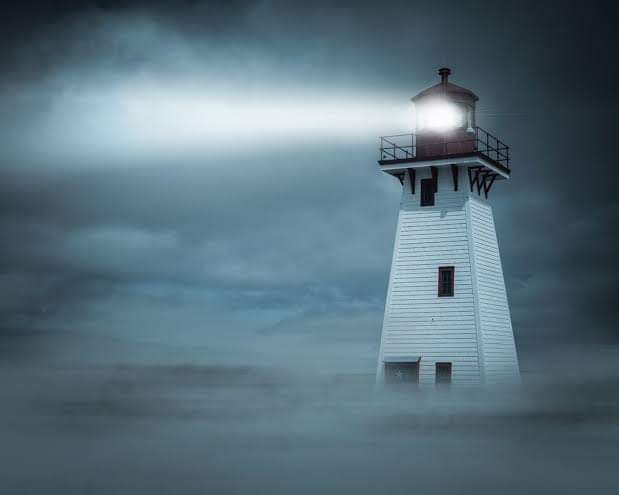 Matthew 5:14-16 NKJV
14 “You are the light of the world. A city that is set on a hill cannot be hidden. 15 Nor do they light a lamp and put it under a basket, but on a lamp stand, and it gives light to all who are in the house. 16 Let your light so shine before men, that they may see your good works and glorify your Father in heaven.
The captain of the ship looked into the dark night and saw faint lights in the distance. Immediately he told his signalman to send a message” “Alter your course 10 degrees south.”
Promptly a return message was received: “Alter your course 10 degrees north.”
The captain was angered; his command had been ignored. So he sent a second message: “Alter your course 10 degrees south—I am the captain!”
Soon another message was received: Alter your course 10 degrees north—I am seaman third class Jones.”
Immediately the captain sent a third message, knowing the fear it would evoke: “Alter your course 10 degrees south—I am a battleship.”
Then the reply came “Alter your course 10 degrees north—I am a lighthouse.”
The purpose of a lighthouse is to guide ships to port at night so that they don’t crash into the reefs and rocky coastlines. As the light of the world we should act as lighthouses warning those we meet of the impending danger while also guiding them into the good news of the kingdom. This is what Paul says.
Colossians 1:28 NKJV
28 Him we preach, warning every man and teaching every man in all wisdom, that we may present every man perfect in Christ Jesus.
The world is headed for a ship wreck and they have no idea. You and I are like that lighthouse that is highly elevated shinning forth our light and sending out a warning signal.
Like John the Baptist and Jesus we declare to the people to Repent lest they perish in their sins. We do not stop there but rather we continue to give them the good news of the Kingdom that God so loved the world that he gave his son so that whosoever believes in him should not perish but have eternal life!
Who are you warning?
Reflections
You are a lighthouse, but the question is, Is your light on?
What is your greatest struggle when it comes to warning people about the danger ahead?
Do you take it personally when people ignore the warning you give them?