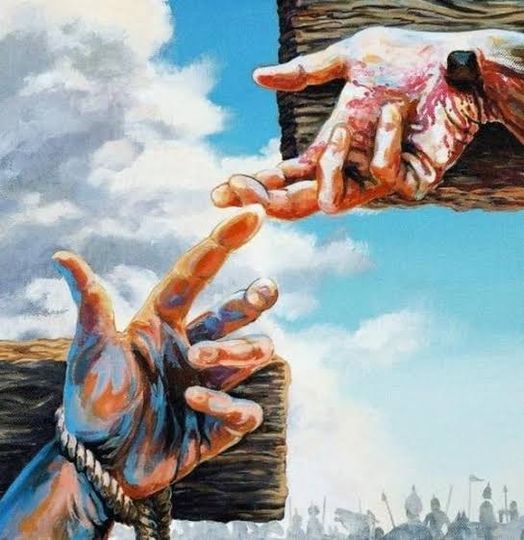 Luke 23:39‭-‬40 NKJV
Then one of the criminals who were hanged blasphemed Him, saying, “If You are the Christ, save Yourself and us.” But the other, answering, rebuked him, saying, “Do you not even fear God, seeing you are under the same condemnation?
Two thieves on a cross, they know this is it, definitely their fate is sealed. There they are in pain and agony waiting for one thing, death! In between them is someone also suffering the same fate as they are, but he is not a thief like them. From the way these two interact with Jesus, you can tell they knew about him and the things he had done.
The first one does not recognize the opportunity right before him. He says, if you are the Christ, save yourself and us. He was questioning the identity of Jesus and because he was unsure about it, he did not recognize the opportunity before him. In fact, because he did not know the Christ that was right before him, he was only concerned about being saved from the cross, his focus was on the here and now.
That is still the fate of many today, they still question the deity of Jesus. Some in the church still ask; if you are the Christ, bless me with this and that. They focus on the here and now and miss out on the eternal opportunity right before them.
His companion, on the other hand, had a revelation, and he recognized the opportunity before him. He knew who Jesus was, and he knew that Jesus had done nothing wrong to deserve to be on that cross. Most importantly, he recognized that Jesus was a king and his kingdom was not of this world. He does not ask Jesus to save him from the cross, instead, his focus is on the afterlife, where he knows that Jesus is king.
Jesus promises him that on that very day the two of them would be together in paradise.
I often wonder why the other thief on hearing this did not jump at the opportunity, maybe he did not believe after all.
The bible says that all have sinned, and I believe we have two kinds of sinners, represented by the two thieves. Those who still question the Lordship of Christ and thus don’t believe in him. Their focus is on the here and now, and they are not sorrowful about their sin.
Then there are those who recognize the Lordship of Christ and embrace him and follow him, looking forward to reigning with him in his kingdom. .
Which of the two do you identify with?