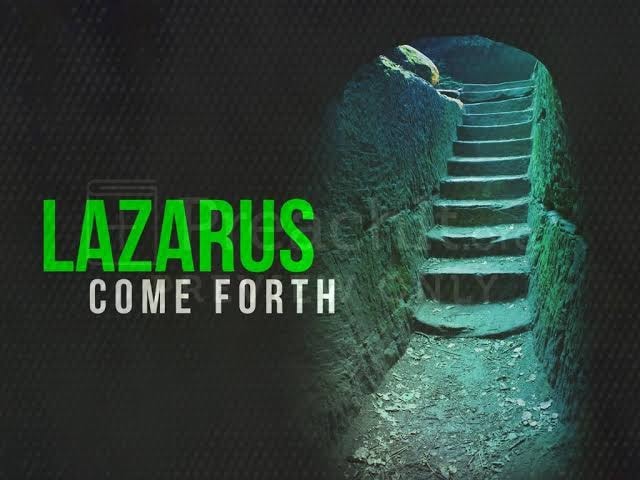 John 11:39 NKJV
Jesus said, “Take away the stone.” Martha, the sister of him who was dead, said to Him, “Lord, by this time there is a stench, for he has been dead four days.”
Lazarus was sick, but he had something great in his favour, Jesus was his friend and he could heal the sick. His sisters send for Jesus to come, compelling him that the one he loves is sick. Jesus gets the message, but he delays and does not show up until Lazarus, his friend, the one he loves dies.
There are times we will call on God to come through for us and we are assured he has heard us, and he may even give us a word to confirm that he has heard our cry. Instead of things getting better, they get worse, and it’s easy to conclude that God did not hear us or that he is not concerned about the issues of our life.
Death is so final, and it seems there is no coming back from it. What would you feel and think if you were Mary or Martha and Jesus who claims to be your friend, Jesus who has the power to heal the sick shows up after your brother is dead and buried? I am sure you would not be amused. This is such a hopeless situation. You probably might wonder why he is showing up at that time, why did he even bother to come?
Nothing is impossible with God. In the presence of all Jesus calls forth a dead man, buried and rotten, back to life from the grave proving that he is the resurrection and the life.
Jesus turns that which was hopeless into that which glorifies God and demonstrates the power of God proving that he is victorious over death and corruption, and he is sent of God.
What may appear as a hopeless and irreversible situation in your life, God can turn it around to be the greatest demonstration of his power in your life. Nothing is too hard for the Lord.