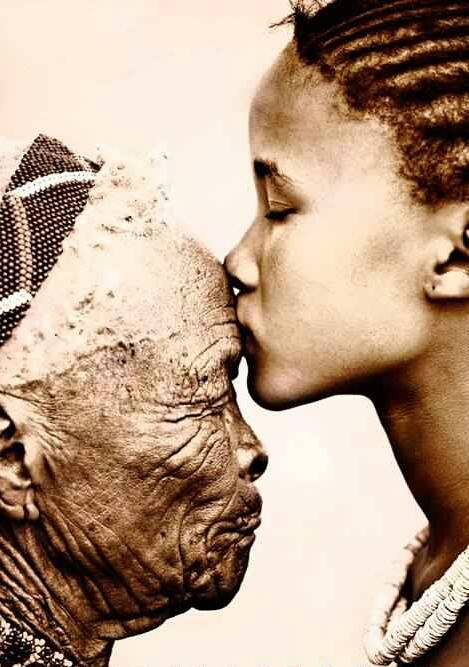 LEVITICUS 19:32
‘You shall rise up before the gray headed and honor the aged, and you shall revere your God; I am the LORD

One of the values we were taught as young children growing up was to always honor the elderly among us. From the way we greeted them to the way we addressed them, we always had to show them honor. We were to show them honor and respect regardless of whether they were strangers or we were related to them. The grey hair on their head attracted automatic respect and honor wherever they went.
Somehow this seems to be a lost value today; it is becoming a rare thing to see the younger generation show honor to the elderly. Not just in our communities but even in the church.

1 TIMOTHY 5:1-2 AMP
Do not sharply reprimand an older man, but appeal to him as [you would to] a father, to younger men as brothers, to older women as mothers, to younger women as sisters, in all purity [being careful to maintain appropriate relationships].

Paul tells Timothy as a young pastor to treat older men and women the way he would treat his father and mother. Remember the Bible tells us to honor our father and mother and his commandment comes with the promise of a long life. It is a sad thing to see the younger generation treat the older with contempt thinking they are useless and know nothing, especially in this technological era where there is an outpouring of knowledge and sometimes the younger feel like they don’t need the older because they know a lot. I have even seen in the church all over the media the younger generation violently drive out the elderly shaming them and even getting physical because they disagree with their leadership style.

The older generation has a lot to offer, some have wisdom you will not even find from books and we can learn a lot from them. May we go back to the days where we would not sit if there was an older person in the room. The days where you great the older with respect and dignity, and you do not reprimand them sharply and in public. May we treat them with the honor they deserve, the same honor we would love to be given if we get to live as long as they have lived.