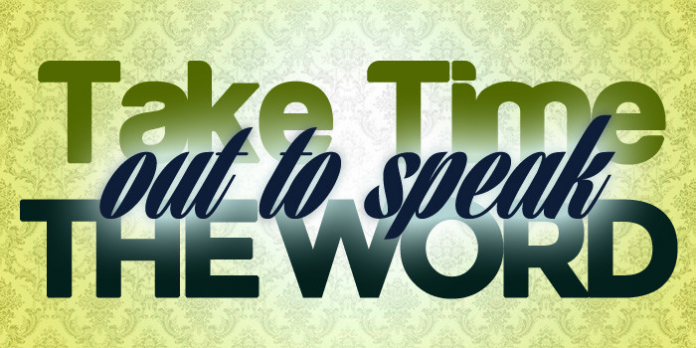 Joshua 1:8 New King James Version (NKJV)
8 This Book of the Law shall not depart from your mouth, but you[a] shall meditate in it day and night, that you may observe to do according to all that is written in it. For then you will make your way prosperous, and then you will have good success.

Can you imagine filling the shoes of Moses? That seems next to impossible. This is the man who had led Israel out of Egypt, the man who spoke to God one on one, the man who had received the 10 commandments from God himself. Who can fill the shoes of such a person?
According to God, Joshua was well able to take over from Moses and do what Moses had failed to do which is leading the children of Israel into the Promised Land. But there is one key thing the Joshua needed to observe that would determine whether he succeeded or not.

This book of the law shall not depart from your mouth. There is something powerful about declaring the word of God. As we have learnt this week, the words that we speak have hidden power in them to direct the course of our lives. God’s word is not just a word like any other; in fact Gods word is Him.

God and His word is one and the same thing they cannot be separated. As a friend of mine once told me, “God has packaged Himself in a book called the bible and only those who are careful enough to read it and implement it in their lives will get to meet Him.’

God tells Joshua that as long as he speaks the word (which is speaking God) as long as he meditates on this word day and night (which is meditating on God) as long as he observes to do all that is written in it (which is doing what God says) the he (Joshua) will make his way prosperous and successful.
The same applies to us today if we follow through on the same instructions then we will make our way prosperous. God has already given us the secret and direction, how I pray we will hear and walk in obedience so that we can make our way successful.

Change your language today and begin to Speak God!