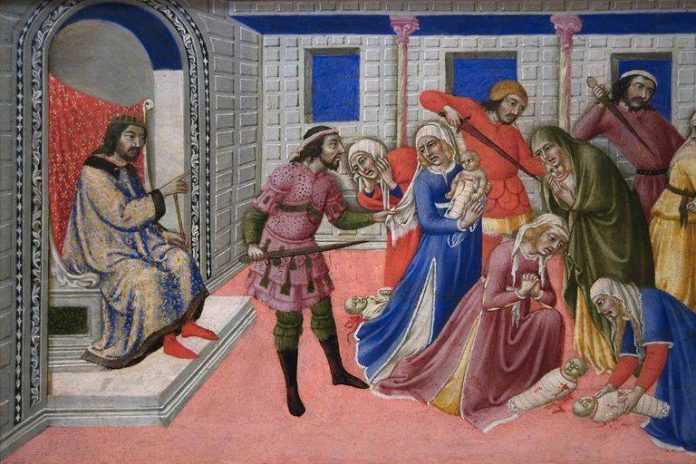 Matthew 2:16-18 (ESV)
16 Then Herod, when he saw that he had been tricked by the wise men, became furious, and he sent and killed all the male children in Bethlehem and in all that region who were two years old or under, according to the time that he had ascertained from the wise men.
Imagine being a king and hearing the news that another king who you know nothing about has been born in your kingdom, what would you think? Men from far and wide are visiting your kingdom not to see you but rather to pay homage to this newborn king that you know nothing about. That would make you restless and that is the place King Herod finds himself in.
Two kings cannot rule within the same territory because the glory of a king is his territory. When two kings claim the same territory a battle is inevitable because one will have to submit to the other. Herod had this understanding no wonder he sought to kill this newborn king because according to him, he was the king and no one else would take his place. The only problem was that he lacked the understanding to know that the kingdom of Jesus was not a kingdom of this world.
Many of us today react in the same way. We do not mind celebrating that this king has been born but when it comes to the issue of reigning then we have a problem. For Him to reign in our life it means we have to die to self, it means we have to submit to Him and many of us are not ready to do that. The bible says that wide is the road that leads to destruction and many are they that are on this road.
Just as Herod many will seek to kill anything that is a representation of Jesus and some do it without even recognizing. It’s interesting how you get along with some people as long as you do not bring Jesus into the conversation. When you come face to face with Him then you have to acknowledge that He is the king. The bible says that every knee will bow and every tongue will confess that Jesus is Lord!
As one preacher put it, it is easy to celebrate a baby in a manger rather than dealing with a man dying for you on the cross.
The wise men travelled from far to see him and bring gifts, Herod sought him out so that he may kill him.
Why do you seek Him?