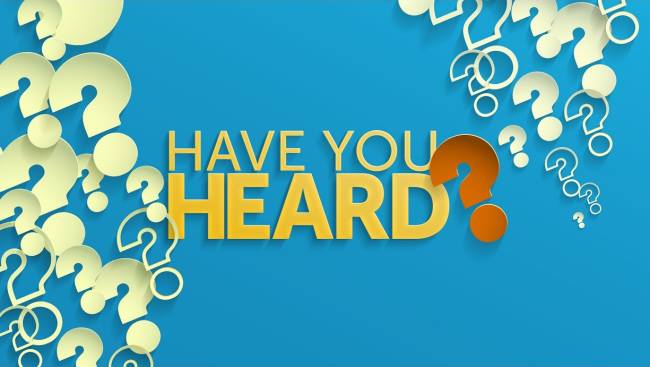 Matthew 13:3-8
3 He told them many things in [a]parables, saying, “Listen carefully: a sower went out to sow [seed in his field]; 4 and as he sowed, some seed fell beside the road [between the fields], and the birds came and ate it.5 Other seed fell on rocky ground, where they did not have much soil; and at once they sprang up because they had no depth of soil. 6 But when the sun rose, they were scorched; and because they had no root, they withered away. 7 Other seed fell among thorns, and thorns came up and choked them out. 8 Other seed fell on good soil and yielded grain, some a hundred times as much [as was sown], some sixty [times as much], and some thirty. 9 He who has ears [to hear], let him hear and heed My words.”

The four kinds of ground mentioned all heard the word, but the results were different…why? Because hearing is not enough!

The first heard but he did not comprehend it and this gave the enemy an opportunity to come in and steal what was sown……..hearing is not enough you have to understand what you hear! Acts 8:30 Phillip asked the Ethiopian eunuch “Do you really understand what you are reading?”

The second heard the word and welcomed it with joy but he did not allow it to take root in his heart. When trouble comes, he abandons what he has heard the joy he had when he welcomed the word dwindles …like Peter he shifts his focus from the word and he focuses on the stormy waters……results? He begins to sink! Hearing and welcoming the word with joy is not enough!

The third guy hears the word but his focus and attention are on worldly things glamour, pleasure delight….riches……and all these things choke the word so it bears no fruit. As you know, what you feed grows and what you starve dies. I am reminded of the rich young man in Mark 10:17 who was so eager to inherit the kingdom…but not eager enough to sell all his earthly possessions as Jesus required him to.

Then there was the fourth guy. He hears the word and understands it he grasps it and allows it to take root in his heart. He focuses on it and lives it. Like a good farmer he does all he needs to do to protect the seed allowing it to germinate and bear fruit……he bears fruit and yields in one case 100 times what was sown in another 60 times and in another 30 times what was sown.

Now I don’t know about you but every day I am always hearing the word…….do I always understand?…not always but majority of the times I do. What I have to contend with is removing the rocks from my life allowing the seed to take root…. I need to hold on and trust the in the midst of persecution and affliction. I need to focus on God and not the glamour deceit and pleasures that this world has to offer….and boy are they tempting!
For the fruit to appear it takes time and there will be challenges along the way but this one thing is for sure…….”Hearing is not enough”

What are you doing with what you’ve heard so far?
Is it taking root or is it chocking…..is it on its way to bear fruit?