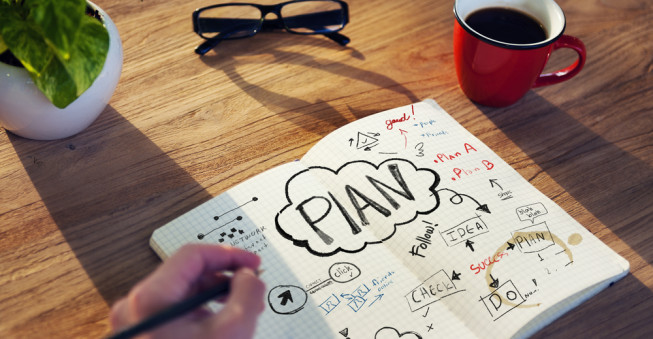 Genesis 41:33- 37
33 So now let Pharaoh [prepare ahead and] look for a man discerning and clear-headed and wise, and set him [in charge] over the land of Egypt [as governor under Pharaoh]. 34 Let Pharaoh take action to appoint overseers and officials over the land, and set aside one-fifth [of the produce] of the [entire] land of Egypt in the seven years of abundance. 35 Let them gather [as a tax] all [of the fifth of] the food of these good years that are coming, and store up grain under the direction and authority of Pharaoh, and let them guard the food [in fortified granaries] in the cities. 36 That food shall be put [in storage] as a reserve for the land against the seven years of famine and hunger which will occur in the land of Egypt so that the land (people) will not be ravaged during the famine.” 37 Now the plan seemed good to Pharaoh and to all of his servants.

I find it eye-opening that though Joseph was summoned to interpret Pharaoh’s dream, he goes ahead not only to interpret it but also he has a plan as a solution to the predicament revealed by the interpretation of the dream. The fact that he had a plan opened the door for Him to be commissioned as second in command after Pharaoh.
It is good to have a vision, but do you have a plan? A plan is basically a broken down step by step system on directing how you will get to the big picture. Not only does God have a vision for your life, but He also has a plan for you. You can tell that from the time Joseph was sold off as a slave in Potiphar’s house to the time he is standing before Pharaoh, there was a lot of deliberate growth in his life. He had grown tremendously as a manager and as a planner. He had grown from a dreamer to one who could now interpret dreams. You can tell he had a plan and he was working the plan. (We will talk more about working the plan tomorrow)

Proverbs 16:3 (AMP)
Commit your works to the LORD [submit and trust them to Him], and your plans will succeed [if you respond to His will and guidance].

The bible says that if you respond to God will which is the vision that He has over your life, then YOUR plans will work meaning you must have a plan. The best way to grow and make progress is to ingrain your plans into your daily habits because then they become part of your daily life.

Take Out
Have you submitted to Gods will? Then ask God for wisdom to come up with a plan on how you are going to get there.

Remember;
It is said, “Show me your daily schedule and I will tell you who you are becoming!”