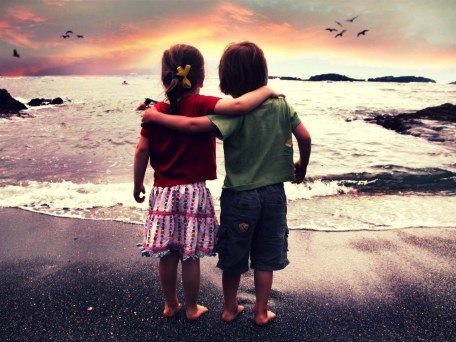 True Transformation
Matthew 5:44-45 (AMP)
44 But I say to you, [a]love [that is, unselfishly seek the best or higher good for] your enemies and pray for those who persecute you, 45 so that you may [show yourselves to] be the children of your Father who is in heaven; for He makes His sun rise on those who are evil and on those who are good, and makes the rain fall on the righteous [those who are morally upright] and the unrighteous [the unrepentant, those who oppose Him].

The sinful nature is hateful and selfish. It drives us to love ourselves and hate others; it drives us to always think that we are better than all the rest. In fact the bible says that the heart of man is exceedingly wicked. I am reminded of the disciples again trying to jostle for positions and asking who is the greatest among them in luke 9. I am also reminded of Saul of Tarsus who was zealous thinking he was serving God while going out to persecute the church. His hatred for the believers was boiling over but amazingly once he came face to face with Christ, his life was totally transformed.

One of the most amazing transformations that happens to believers is that they are filled with the love of God. You become an individual who not only loves those who love you but you also love and pray for your enemies. You seek for their good and not evil. Now that’s transformation.
Jesus said that the world will know that we are His disciples if we have true love for one another. We are transformed to such a degree that we consider others to be better than ourselves. We look out for the best in others and we pray good things over them. Loving becomes our default nature.
Reminds me of the story of the man and the scorpion;
One morning, when passing a stream, an old man saw a scorpion floating helplessly in the water. As the scorpion was washed closer to the tree, the old man quickly stretched himself out on one of the long roots that branched out into the river and reached out to rescue the drowning creature. As soon as he touched it, the scorpion stung him. Instinctively the man withdrew his hand.
A minute later, after he had regained his balance, he stretched himself out again on the roots to save the scorpion. This time the scorpion stung him so badly with its poisonous tail that his hand became swollen and bloody and his face contorted with pain.
At that moment, a passerby saw the old man stretched out on the roots struggling with the scorpion and shouted: “Hey, what’s wrong with you? Only a fool would risk his life for the sake of an ugly, evil creature. Don’t you know you could kill yourself trying to save that ungrateful scorpion?”
Without taking his eyes from the scorpion the old man replied, “My friend, just because it is the scorpion’s nature to sting, that does not change my nature to save.”