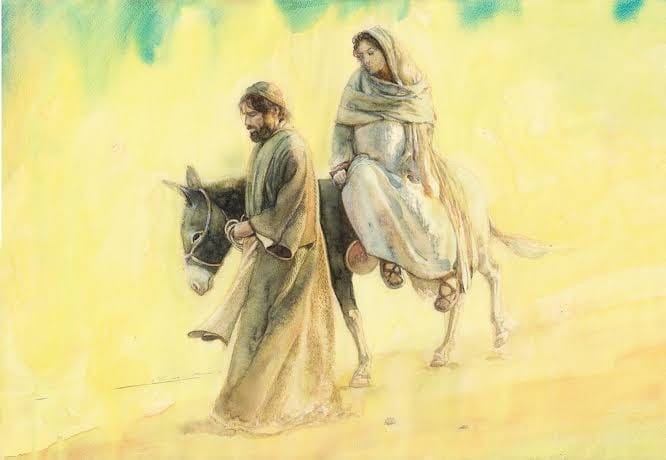 Matthew 1:19 NKJV
“Then Joseph her husband, being a just man, and not wanting to make her a public example, was minded to put her away secretly.”
Joseph was part of Gods plan for the redemption of mankind but he did not know it. He was to be the earthly father of Jesus the Messiah but he almost missed it because the conditions and circumstances looked unfavourable.
First he almost puts Mary away but God intervenes through an angelic visitation. Joseph taking on Mary as his wife had its own repercussions because remember Mary was with child. What would the families say and think? Who would even believe the story behind the conception?
Then there was the journey to Jerusalem with a pregnant Mary on a donkey, that must have been uncomfortable. You would then think that because this was the Messiah about to be born, God would go before them and prepare the best place for this child to be born. It was not to be, he was born in a manger.
Herod goes on a rampage killing all the babies, you would expect that God would miraculously send his angels to protect Joseph Mary and the baby, if he sent angels to deliver the message of his conception, he would definitely send angels to protect him right? No, instead Joseph has to take his young family through a grueling journey as they run for their lives into Egypt.
Sometimes Gods timing is right in the midst on uncomfortable and unfavorable conditions. Many times we miss his timing because we look at the conditions and we make the assumption that it is not Gods will and timing because we think if it was, then we would not have to contend with such resistance.
Like Joseph may we remain focused and faithful to align our life with God’s timing even when the conditions are challenging because His time is always the best.
Have you ever missed God’s timing because the conditions were wrong, what happened? What kind of attitude should you have when what God said is being resisted by what’s happening around you? What is the greatest lessons you can learn from Joseph’s life about God’s timing?