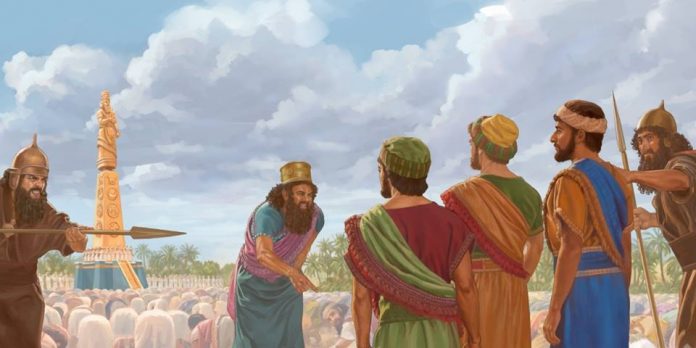 Matthew 5:16 Amplified Bible (AMP)
16 Let your light shine before men in such a way that they may see your good deeds and moral excellence, and [recognize and honor and] glorify your Father who is in heaven.

It is hard to notice light during daytime, in fact when you notice it; it does not look that effective. All this changes when darkness begins to creep in, it is then that you notice how powerful the light is no matter how small. In the same way, godly character shines when trials and trouble comes to challenge it. In the absence of a trial, we all may say that we have godly character but it is only when trouble comes our way then we will know what we are really made of.

(Genesis 39:11-12) Joseph was faced with trouble. His master’s wife wanted to sleep with him. This was a woman who had authority over him, in fact we could even say she had the power to determine whether he lived or died because after all Joseph was just a slave. I always imagine being the wife of a high ranking government official; she must have been a beautiful high-class woman. What do you do when you find yourself all alone with her and she is the one who wants you? She is the one who is pushing for this to happen and no one needs to know? That’s when you will know what you are really made of.

(Daniel 3:16-18) The three Hebrew boys knew that their lives were on the line. If they did not bow down to the image then they were as good as dead. Think about this, they were in a foreign land, everybody else was bowing because it was a decree made by the king, no one would be on their case if they did bow in fact it would allow them to continue serving and having an impact. They could just bow for appearances sake but deep down in their heart, they knew the God they were serving, right? Well not according to them. Their Godly character was on test and they were willing to die rather than disappoint God. For them, godly character was literally tested by fire!

(Daniel 6) Daniel was also put to the test. Interesting that when they were looking for something to bring against him they could find nothing. That speaks a lot about his character. He was a man of integrity. The only thing they could use against him was his dedication to God. Even knowing that his life was at stake, Daniel did not change his routine. He kept his character intact before God, he was out to please God and not men and no amount of intimidation would cause him to change his ways.

Jesus told us that in this world we will have trouble. That is a message that many Christians don’t want to hear today but it is in those times of hardship and trouble that our godly character is tested and shines if we faint not.