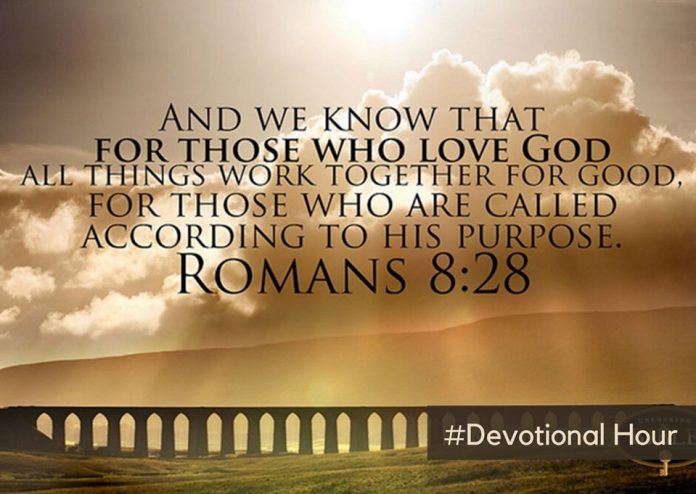 Genesis 41:57 (NKJV)
57 So all countries came to Joseph in Egypt to buy grain, because the famine was severe in all lands.

One of the attributes of God that I constantly keep reminding myself is this; “His ways are not our ways”, His ways are higher and secondly, “He has promised that all things will work together for good to those who love Him and are called according to His purposes”.
Let’s take the story of Joseph and the famine in Egypt as an example. In our eyes a famine is a bad thing, a famine is lack, dryness and lack of producing fruit. It is a lack of rain; we could also say it is a lack of creativity. How can something like that turn out for our good?
Joseph who has been a prisoner for some time is brought to Pharaohs attention through this famine because he was able to interpreted Pharaohs dream that predicted it. The famine ushered Joseph into his position and in to his purpose.
(That goes to show you that in even what seem like calamities in our eyes, there are hidden opportunities)
Think about this, had there not been a famine, Joseph may never have been reunited with his family. The famine made his brothers come over to Egypt to look for grain and in doing so Jacob and all his household went into Egypt where they were incubated until they were mighty enough to come out as a nation and not just a single family.
Through this famine, under the leadership of Joseph, Pharaoh became very rich and he practically owned everything in Egypt including the people. (Genesis 47)
This should teach you and I not to look at things from face value because when we do, then we miss out on what God is doing. Joseph was formed though the famine and other difficulties that he went through but he maintained a pure heart devoid of hatred and revenge and thus he was able to flow in the plan and purpose of God for his life. This is what he told his brothers when they came to Egypt and he revealed himself to them;

Genesis 45:5-8
5 But now, do not therefore be grieved or angry with yourselves because you sold me here; for God sent me before you to preserve life. 6 For these two years the famine has been in the land, and there are still five years in which there will be neither plowing nor harvesting. 7 And God sent me before you to preserve a [a]posterity for you in the earth, and to save your lives by a great deliverance. 8 So now it was not you who sent me here, but God; and He has made me a father to Pharaoh, and lord of all his house, and a ruler throughout all the land of Egypt.

God is always at work for our good even in the famines of our life, Learn to trust HIM!