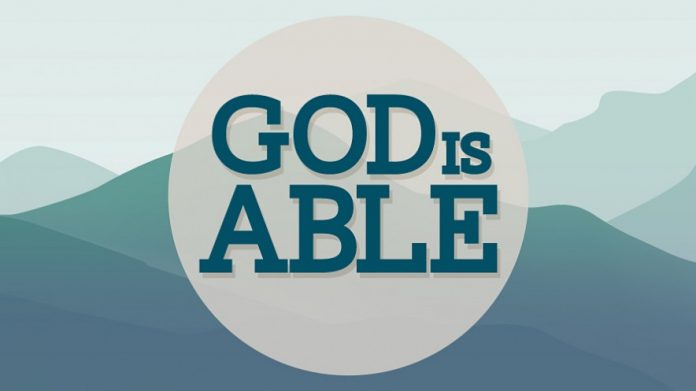 Matthew 8:2–3
And behold, a leper came and worshiped Him, saying, “Lord, if You are willing, You can make me clean.” Then Jesus put out His hand and touched him, saying, “I am willing; be cleansed.” Immediately his leprosy was cleansed.

All Christians probably believe that God has the power to bless, heal, protect, prosper, and make someone a success. However, we know that not all Christians believe that God is willing to do all that for them. Matthew 8:1–3 records the story of a leper who came to Jesus for healing. He said, “Lord, if You are willing, You can make me clean.” The leper did not doubt Jesus’ ability to heal him, but he was unsure if Jesus was willing to heal him, a leper who was ostracized by all. In other words, he believed in God’s omnipotence, but was not sure if God’s heart was one of love and unmerited favor toward him. I am sure that you know believers who are like that. They may believe in God’s power, but they are unsure of God’s heart toward them. They know that God can, but they are not sure if He is willing.

My friend, don’t be like that leper who completely misread Jesus! Let’s see how Jesus responded to him. This is important because it would be the same response that Jesus would give you if you approached Him today.

Matthew 8:3 records that “Jesus put out His hand and touched him, saying, ‘I am willing; be cleansed.’” Can you see how personal Jesus’ ministry is? He did not touch every person that He healed. At times, He simply spoke and the sick were healed. But in this case, Jesus stretched out His hand and touched the leper tenderly. I believe that Jesus did this to heal him not just of his leprosy, but also of the emotional scars that he had received from years of rejection.

Leprosy was a highly contagious disease and the law forbade lepers from coming into contact with anyone. This meant that for years, this leper had been shunned by everyone who saw his condition, even his own family members. He probably stank of decaying flesh and neglect, and his appearance must have been repulsive.

But without flinching, Jesus touched him, giving him the first human touch he had since he contracted the disease. The Bible tells us that immediately, his leprosy was cleansed and the man received his healing.

Jesus is the same yesterday, today and forever (Heb. 13:8). Whatever breakthrough you are believing Him for, He says to you, “I AM WILLING.” Don’t doubt His heart of love for you any longer. Stop being occupied by your own disqualifications and be completely absorbed in His love and grace (unmerited favor) toward you!