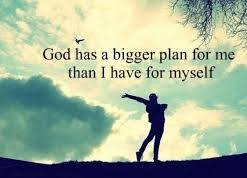 14 For if you remain silent at this time, relief and deliverance for the Jews will arise from another place, but you and your father’s family will perish. And who knows but that you have come to your royal position for such a time as this?”

Esther’s story does not begin very well. When we meet her in Esther chapter two, she is in captivity. On top of that, she is an orphan being raised by her cousin Mordecai. She is taken against her will, separated from her cousin and taken to the king’s harem. Here she is prepared for a whole year just for one night with the king and I might add the young virgins had no choice in this matter.

Life is not always fair and bad things will happen to us even when we may feel like we do not deserve them. When this happens to us, there is a tendency to get mad with God wondering where He was when all these bad things were happening to us. Esther could have taken that route but she did not. Even in this grave situation that she finds herself in, God has a plan for her life. God who knows everything is setting her up in a place of influence that comes in handy allowing Esther to step in and the lives of her people the Jews who were about to be annihilated. Just like Mordecai had said; who knows but that you have come to your royal position for such a time as this?”

Her story reminds me of the story of Joseph who also had some pretty bad things happen to him and when you look at the incidences in isolation then you can get bitter with God not understanding that God was with him all though weaving a plot in all these situations that would lead to the birth of this very nation that Esther was now set up to protect and preserve.

The same applies to you and me in the situations we are facing. It may seem like God has forgotten us or He is so far away from us but what we always need to remember is this;

28 And we know that in all things God works for the good of those who love him, who[a] have been called according to his purpose.

Did you have a bad beginning?

Do you find yourself in a bad situation even after doing the right thing?

Hold on and maintain the right attitude, give no room for bitterness hatred and unforgiveness in your heart and see God turn it around for your good because in all that you are going through, He has a plan and it is a good plan!