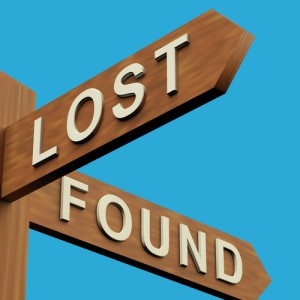 Luke 15:31-32
Son,’ he said to him, ‘you are always with me, and everything I have is yours. But we had to celebrate and rejoice, because this brother of yours was dead and is alive again; he was lost and is found.’

Scanning the Horizon
The parable of the Prodigal Son is one of the most well known in the Bible. The entitled child demands that his father give him his inheritance right now and then he proceeds to travel the world and blow all his money. He becomes so broke that he is willing to go home and live as a servant in his father’s house. Of course, the father feels completely different because he scans the horizon every day hoping that his wayward son will return. When he does the father throws a party. This doesn’t make the faithful son happy but to the father, finding what was lost trumps everything.

This parable speaks to everyone. It speaks to the person who has rebelled and fallen on hard times, to the parent who longs for their rebellious child to return, and to the faithful child who is harbouring resentment. Wherever you are at on that spectrum God has a straightforward message; we can all return to Him. No situation is too bleak or sins too severe where Jesus can’t forgive you. When someone responds to the Lord after a period of rebellion, the Lord celebrates as if something that was lost has been found.

Finding What is Lost
Don’t let shame or resentment prevent you from returning to the Lord. He is looking towards the horizon waiting to see you return. Get right with Him today and let His grace cover you. What you will discover in the process is that you will find what was lost, the love of Jesus Christ.