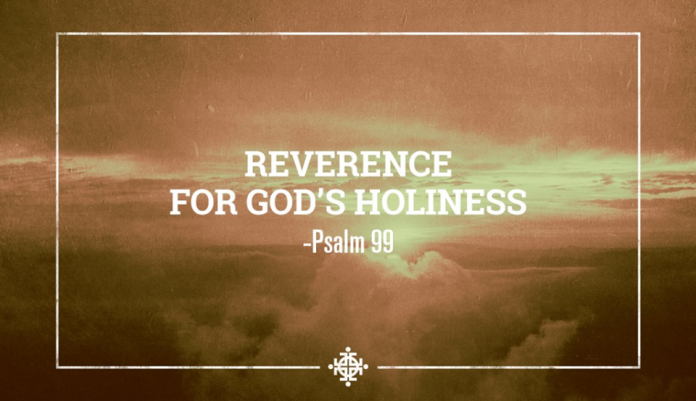 However, there shall be a distance between you and it of about 2,000 cubits (3,000 ft.) by measurement. Do not come near it, [a]so that you may [be able to see the ark and] know the way you are to go, for you have not passed this way before.”

The Israelite’s are just about to enter the land of promise to conquer it but right there before them is the flooded Jordan River, yet God tells them to cross. They are given specific instructions to follow if they are to cross the Jordan River and take the land. First, they are to look at the Ark of the Covenant and the priests who carry it. Next, they are to move and follow the ark when the priests move.

However, they are also cautioned not to come too close to the Ark but rather maintain a distance of about 3000 ft between them and the ark. In other words, they are not to be too familiar with the presence of the Lord. It is said that familiarity breeds contempt.

The [reverent] fear of the LORD [that is, worshiping Him and regarding Him as truly awesome] is the beginning and the preeminent part of wisdom [its starting point and its essence], And the knowledge of the Holy One is understanding and spiritual insight.

One important thing we are to remember and take seriously is to reverence the Lord, keep our distance and remember that he is God. The fear and reverence of God is the beginning of wisdom. The people in Nazareth did not experience the power of God as much as other places because they were familiar with Jesus. To them, he was just a carpenter’s son.

54 And after coming to [Nazareth] His hometown, He began teaching them in their synagogue, and they were astonished, and said, “Where did this Man get this wisdom and these miraculous powers [what is the source of His authority]? 55 Is not this the carpenter’s son? Is not His mother called Mary? And are not His brothers, James and Joseph and Simon and Judas? 58 And He did not do many miracles there [in Nazareth] because of their unbelief.

Interesting it says that they should keep their distance so that they can see the way that they should go. This means that when you become familiar and casual with Gods presence then it becomes hard for you to see where He is directing you.

Could it be that the reason you are having a hard time to get direction from God is that you have become familiar and casual with the things of God?

Keep your distance revere and fear the presence of God and treat the things of God with the respect that they deserve.

The [reverent] fear of the LORD [that is, worshiping Him and regarding Him as truly awesome] is the beginning and the preeminent part of wisdom.