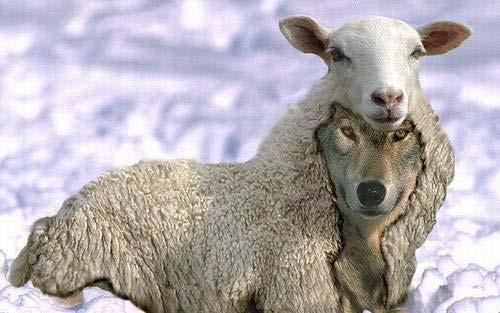 Revelation 2:14-16
14 But I have a few things against you, because you have there some [among you] who are holding to the [corrupt] teaching of Balaam, who taught [j]Balak to put a stumbling block before the sons of Israel, [enticing them] to eat things that had been sacrificed to idols and to commit [acts of sexual] [k]immorality. 15 You also have some who in the same way are holding to the teaching of the [l]Nicolaitans. 16 Therefore repent [change your inner self—your old way of thinking, your sinful behavior—seek God’s will]; or else I am coming to you quickly, and I will make war and fight against them with the sword of My mouth [in judgment].

Just like with the church at Ephesus, Jesus begins with stating some great things about the church in Pergamum. That though they lived where Satan’s throne is, they were holding on to the name of Christ and they did not deny their faith in Him. The thing that Christ has against then is that they have some among them who are holding on to false teachings. They were entertaining in their midst those whose teaching was false and it was leading people astray.
I am reminded of the words of Paul;

Galatians 1:6-8 (AMP)
6 I am astonished and extremely irritated that you are so quickly shifting your allegiance and deserting Him who called you by the grace of Christ, for a different [even contrary] gospel; 7 which is really not another [gospel]; but there are [obviously] [b]some [people masquerading as teachers] who are disturbing and confusing you [with a misleading, counterfeit teaching] and want to distort the gospel of Christ [twisting it into something which it absolutely is not]8 But even if we, or an angel from heaven, should preach to you a gospel contrary to that which we [originally] preached to you, let him be condemned to destruction!

If there is one thing we have seen in these last days is a rise in false doctrines that are being taught in churches. From selling anointing oil and brooms to sweep out the devil and like Paul says it is astonishing and irritating that many are quickly drifting away. God says His people perish because of lack of knowledge. Many are falling away because we are not diligent to study the word of God for ourselves. We are not like the Bereans who would go back to examine the scriptures every day to check if what they were being taught is true.

God is greatly displeased when we entertain those who are teaching false doctrines because they become a stumbling block to may. We need to be diligent, to study the word of God and to counter check what we have been taught lest we get tossed about by very wind of doctrine.

God says He will come soon and He will make war and fight those teaching false doctrines with the sword of His mouth. That sword is His word because remember His word is eternal. Heaven and earth shall pass away but His word shall never pass away. Stick to the word, love it, read it, know it, apply it in your life and you will stick to the straight and narrow path that leads to eternal life.