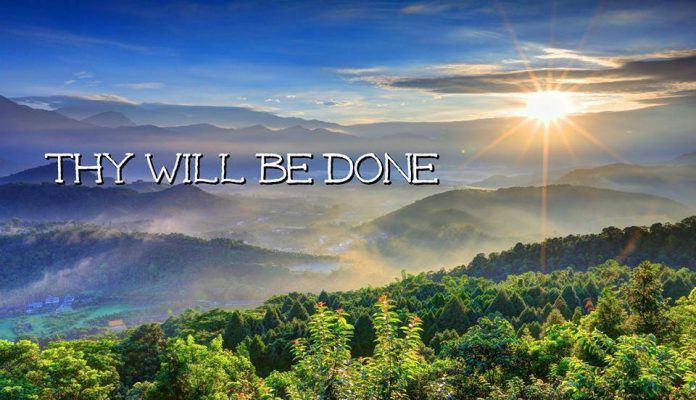 Romans 10:17 (AMP)
17 So faith comes from hearing [what is told], and what is heard comes by the [preaching of the] message concerning Christ.
Faith is not about what we want, it is not about us, faith is about what God wants, it is about His will.

That simple statement changed my perspective. Many times we try to faith in what we want without bothering to find out what the will of God is. Faith comes by hearing, what is this that we are to hear? It comes by hearing the word of God. Not our own word or someone else’s word but specifically the word of God, the message concerning Christ. God’s word is his will and when we get to hear his will then faith comes. We don’t have to conjure it up, it is a product of hearing the word of God. Faith and Gods word which is Gods will go hand in hand. The more you hear his word believe it and live according to it, the more your faith is strengthened.

What we sometime forget is that God has given us his word and yet it is from a different dimension than the one we are accustomed to. He has given us his word based on His perspective, based on his will and that sometimes complicates things because we try to interpret it based on our circumstances and perspective and when we do that the we will crush because it becomes hard to believe some of the things God says because our senses emotions and environment usually are telling a different story.

Back to our father of faith Abraham, he was facing a similar situation where the environment and senses and even the process of nature was telling him that having a child at his age was not humanly possible but yet he had a word from God that was telling him otherwise. Gods will in this situation was that he would have a heir and God made it clear to Abraham several times. Though he was almost derailed by his own reasoning, the bible says that Abraham believed God and it was credited to him as righteousness. 25 years later when it was naturally impossible, Abraham and Sarah had a son because the dared to believe God.

Gods will is recorded in his word, if you read it then you will know it and when you know it believe it and stand on it then He who spoke it will surely bring it to pass even if it takes 25 years, He will do it. Only believe!