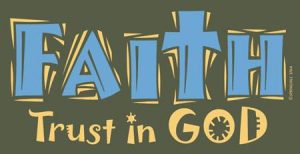 Lessons from Joshua.
Numbers 14:6-9
6 Joshua the son of Nun and Caleb the son of Jephunneh, who were among those who had spied out the land, tore their clothes [as a sign of grief], 7 and they spoke to all the congregation of the sons of Israel, saying, “The land through which we passed as spies is an exceedingly good land. 8 If the LORD delights in us, then He will bring us into this land and give it to us, a land which [b]flows with milk and honey. 9 Only do not rebel against the LORD; and do not fear the people of the land, for they will be our prey. Their protection has been removed from them, and the LORD is with us. Do not fear them.”

One of the greatest leadership lessons we learn from Joshua is trusting and having faith in God. Even before he took over to lead Israel into the Promised Land, Joshua had proven that he was a man who trusted God. Of the 12 spies all of them leaders in their own right, only Joshua and Caleb came back with a different perspective because they trusted God. They chose not to focus on the giants in the land but rather to believe the word of the Lord that He had given them the land.
Eventually when Joshua takes over from Moses we see the same kind of faith and trust in God especially when commanded to do things that don’t seem logical. Think about crossing the Jordan River while it was flooded. That is the most ridiculous thing to do according to our human understanding but Joshua did it because God said so. What about going round the walls of Jericho? Whoever heard of such a ridiculous plan? But Joshua obeyed and we all know the results and what happened.

Joshua was a leader who did not place confidence in his abilities but rather he trusted in and had faith in God. No wonder he was able to lead Israel to occupy the land of promise. To lead Gods people you have to trust in God even when he leads you to do things that are hard to understand.
Are you a leader? Are you depending on Gods leading or are you leading people in your own strength?