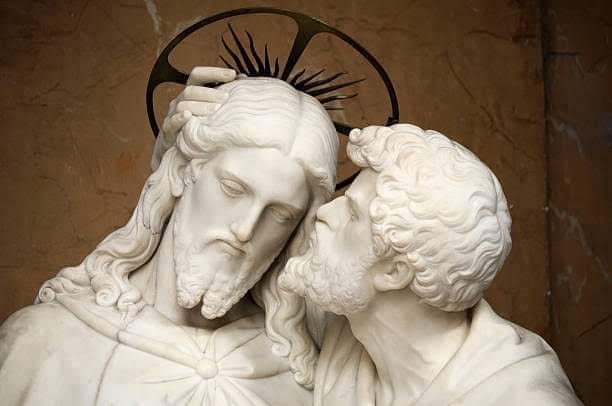 Matthew 26:14-16 NIV
14 Then one of the Twelve—the one called Judas Iscariot(B)—went to the chief priests 15 and asked, “What are you willing to give me if I deliver him over to you?” So they counted out for him thirty pieces of silver.(C) 16 From then on Judas watched for an opportunity to hand him over.
Many of us when we hear the name Judas we think “Betrayer” This name is so tainted, that no one wants to name their child Judas which is actually the Greek rendering of the Hebrew name Judah which means God is thanked.
Judas was one of the 12 disciples who Jesus called that they may be with him and then sent out.
He heard the teachings of Jesus, and he saw the miracles that Jesus did first hand.
Judas saw the many people whose lives had been changed by Jesus, but the sad thing is that though Judas was with Jesus the word, he never allowed the word to penetrate his heart to change him.
You can hear the word every week or even every day but unless you allow it to change you by walking in obedience to it, you will remain the same.
You can have the best teacher and be a witness to the greatest signs and wonders but unless you make that personal decision to allow the word to change you, you will remain the same.
Judas was a thief, he loved money more than he loved the Lord.
John 12:4-7 NIV
4 But one of his disciples, Judas Iscariot, who was later to betray him, objected, 5 “Why wasn’t this perfume sold and the money given to the poor? It was worth a year’s wages.[b]” 6 He did not say this because he cared about the poor, but because he was a thief; as keeper of the money bag, he used to help himself to what was put into it.
Because of his love of money, Judas betrays Jesus for 30 pieces of silver, money that was not that much in comparison to what he lost. He never even got to do anything with the money, and guilt led him to take his life. What a tragedy when you think about it because he walked with Jesus but never allowed Jesus to walk with him.
His love of money never allowed the word to change him, as Jesus said, you cannot serve two masters.
Reflections
When we hear the name Judas, we think Betrayer. What do people think when they hear your name?
Judas’ love for money cost him everything, how is your relationship with money, does it come before God?
If Judas had repented instead of committing suicide, would he have been forgiven? What lessons can you learn from that?