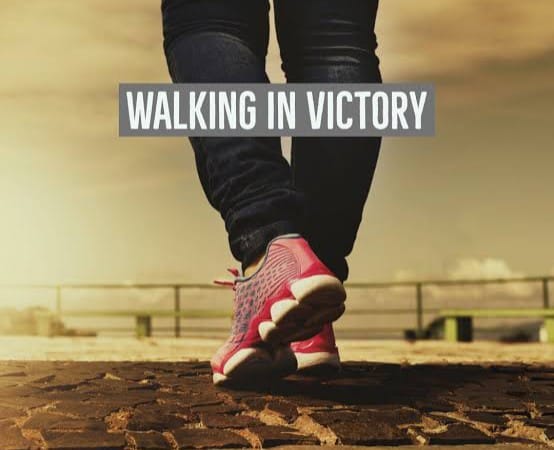 1 Corinthians 9:27 AMP
But [like a boxer] I strictly discipline my body and make it my slave, so that, after I have preached [the gospel] to others, I myself will not somehow be disqualified [as unfit for service].

Is it possible to have victory and yet not experience it? Yes it is. Think about the children of Israel, they left Egypt with the reassurance that God was bringing them into the promised land, they left with singing and jubilation and God even ensured that they left with the wealth of Egypt but they did not enter, instead it was their children who did. They had the victory but they lacked the faith to experience it, they allowed fear and unbelief to direct their speech and actions. Paul says that like a boxer he has to discipline his body and make it his slave. This is in reference to his old sinful nature that for long was being manifested in the body. Instead now he has to discipline this body to conform to the new nature that is in Christ lest he preaches what he himself is not practicing.
God has already given us the victory, Jesus on the cross said it is finished but now we have to work out what he has already worked in us.

The Bible tells us that without faith it is impossible to please God and faith without works is dead. We must walk in faith and discipline the body to conform to the new man that we are. The enemy will try to convince us that nothing much has changed in us but as we keep walking in faith then what is on the inside will start to manifest on the outside as we walk in victory.

Reflective Thoughts.
Do you believe that you already have the victory even over those issues in your life that seem not to go away?

Knowing then that you have the victory, how will you live your life?