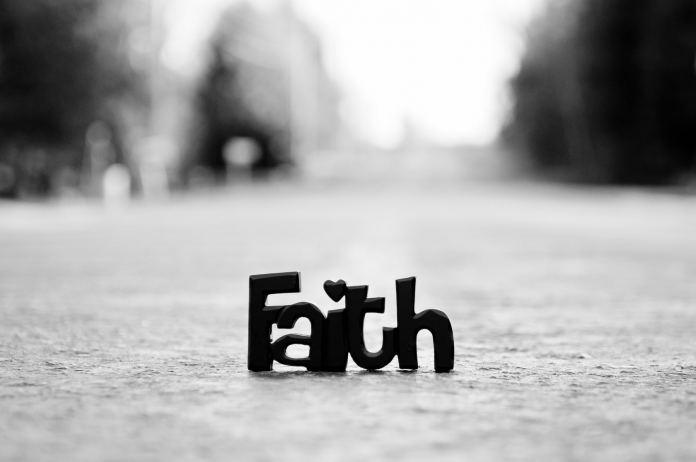 1 TIMOTHY 4:12 AMP
Let no one look down on [you because of] your youth, but be an example and set a pattern for the believers in speech, in conduct, in love, in faith, and in [moral] purity.

One of the greatest examples we have of faith in the bible is the life of Abraham our father of faith. God called him and he followed, God promised him a son and despite all the natural barriers that were before him and his wife, they believed and God gave them a child. Even when God asked for the child to be offered as a sacrifice Abraham did not question, he believed. His lifestyle and actions are a demonstration of the deep faith he had in the God he believed in.
Paul tells Timothy to be an example in faith to the believers. The bible tells us in;

Hebrews 11:1 (AMP)
11 Now faith is the assurance (title deed, confirmation) of things hoped for (divinely guaranteed), and the evidence of things not seen [the conviction of their reality—faith comprehends as fact what cannot be experienced by the physical senses].

To walk in faith means to take God at His word and not to rely on what you see. It is to walk by faith and not by sight. Abraham is the father of faith because he took God at his word and he believed. Our faith is to be activated and then demonstrated through our actions for faith without works is dead. To be an example in Faith to the believers we must show more than just quote scripture. Do you understand and believe the scriptures that you quote and are your words and conduct demonstrative of that word?
Faith is a key building block in Gods kingdom because we are saved and considered righteous by having faith in Christ Jesus.
Are you a man or woman of faith or do your actions tell a different story?

How I pray that we would be like the little girl who lived in a village that was struck with drought for a long period of time and the local pastors called for a prayer meeting to cry out to God for rain. Each was asked to come with an item to demonstrate their faith and people came with all sorts of things from bibles crosses pictures and prayer shawls. It was only one little girl who showed up with an umbrella!
May you and I be quick to hear, understand and act in faith on God’s word and instruction so that we may be an example to the believers in faith.