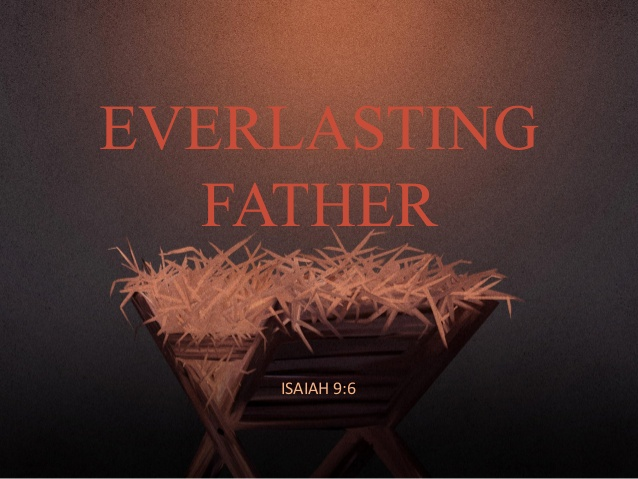 6 For to us, a Child shall be born, to us, a Son shall be given; And the government shall be upon His shoulder, And His name shall be called Wonderful Counselor, Mighty God, Everlasting Father, Prince of Peace.

The child shall be called everlasting father, now that can get confusing right? One limitation that we have as humans is the limitation of being confined to time. When God created us He placed us within a boundary called time and we tend to see and make judgments based on time. It becomes hard to imagine anything outside the confines of time. How is that possible and how does it even look like?

Jesus did not begin His existence when He was born of the Virgin Mary. The bible says in John 1:1 that in the beginning was the word and the word was with God and the word was God. Later on, it says that the word (Christ) was made flesh and He dwelt among us. Jesus and the Father are one and Jesus existed outside the confines of time before He was born on earth by Mary. Everything that is created was created by Him. He was there before time and He will be there after time. He has no beginning and no end, something that is hard for us to understand because all we have ever known is existence within the confines of time.

As the everlasting Father, Jesus is the only one who can give us humans everlasting life, which is His life.

16 For God so loved the world that He gave His only begotten Son, that whoever believes in Him should not perish but have everlasting life.

As a loving everlasting Father then, that should guide us in the kind of relationship we should cultivate with Him as His sons. As the everlasting Father we have the assurance that He cares, He will protect and He will provide for us because we are His children created in His image and His likeness.