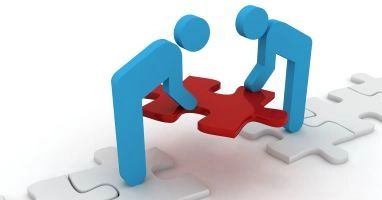 Ecclesiastes 4:9-12 NKJV
Two are better than one, Because they have a good reward for their labor.
10 For if they fall, one will lift up his companion. But woe to him who is alone when he falls, For he has no one to help him up.
The story is told of a man who had gone to church for several years but suddenly stopped attending. His pastor dropped by one evening unannounced. The man answered the door and invited him in. Of course, he knew why his pastor was there. They went and sat in two chairs in front of a roaring fire. Neither man said anything. After a few minutes, the pastor picked up the fire tongs, took one of the logs out of the fire, and laid it on the hearth. The flames died down and flickered a few times before going out. They watched in silence as the log started to grow cold.
After a while, the pastor once again picked up the fire tongs and put the smoldering log back with the other burning logs. It immediately burst back into flame. The pastor got up and said, “Well, I need to go now. But I’ve enjoyed our visit.” The man rose too and said, “I appreciate your message, pastor. I will be in church on Sunday.” (Source Unknown)
Human beings are social creatures, we need each other to get the best out of life. God himself said that it is not good for man to be alone. Strong relationships are a necessity if one is to enjoy life the way God intended it. For believers, having fellowship with like minded believers is important because as the bible says, Iron sharpens Iron.
We are called the body of Christ though we come from different races and communities. It is the unity and fellowship that makes us one and as the bible says, where there is unity, God commands a blessing.
Fellowship builds friendships, unity and Gods kingdom. The church in the book of Acts was so united and in fellowship that they were able to turn the world upside down and share the gospel.
As with our story today, many are being deceived to believe that they do not need others. Some have even stopped going to church because they can listen to sermons online. That is a huge lie from the enemy.