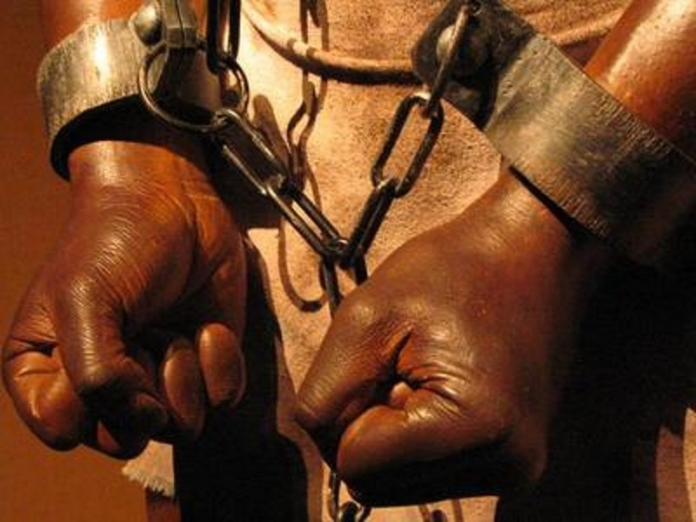 Judges 16:21
Then the Philistines seized him and gouged out his eyes; and they brought him down to Gaza and bound him with [two] bronze chains; and he was forced to be a grinder [of grain into flour at the mill] in the prison.

The Bible says that Jesus came to set the captives free and continues to say that the Son set free is free indeed. That should tell you that the enemy’s end goal is to enslave us.
Samson was a man on a mission and he was well equipped for the mission that was ahead of him. However, somewhere along the way he lost focus and started to play around with sin. Sin has an agenda and a progression. The book of James tells us that we are tempted by our own selfish desires. Sin will temp you, it will seduce and entice you and it usually looks very appealing. If you bite the bait and indulge in it, it makes sure you get comfortable and you lose your anointing. You become weak so that now it overpowers you and then it blinds you. Without a vision the people perish because they have no point of reference, they know not where they are going. Once you get there then it makes you its slave.

Samson, the strongest man ever known is taken captive and placed in chains. When you play with sin no matter how good or sweet it may seem, always remember this one thing, the enemy wants to make you his captive.

It is interesting to note that the Bible says Samson was forced to be a grinder of grain into flour at the mill in the prison. Not only will sin make you a prisoner, it will force you to do what you do not want to do. You also realize that this kind of task would have been menial for Samson if he was still operating under the anointing but now it was a heavy burden to him. No wonder Jesus says my yoke is easy and my burden is light because He will anoint you to carry it.
The Bible says that the wages of sin is death, it will enslave you as it leads you to the pits of death.

Thank God the story does not end there because when Samson came to his senses just like the prodigal son, he knew where to turn to for help and the same applies to those of us today who may already be held prisoner by sin. There is hope, there is forgiveness and redemption in Jesus Christ and we look at that tomorrow.