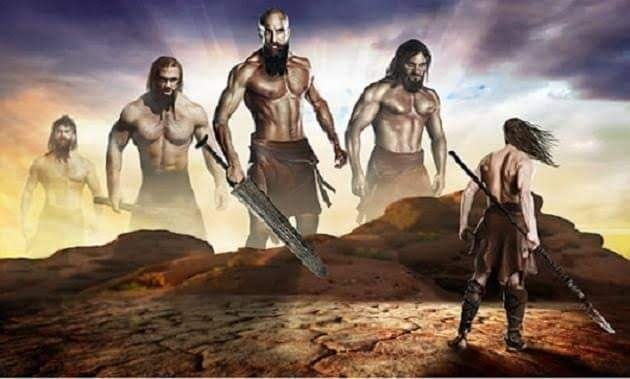 Numbers 13:33
And there we saw the giants, the sons of Anak, which come of the giants: and we were in our own sight as grasshoppers, and so we were in their sight.
The children of Israel thought it would be easy, a walk in the park. They thought they would just walk in and take the land. Had God not said he would give it to them? Yes the land was flowing with milk and honey everything was good just like God had promised them. The only problem is that God had left out one tiny detail; there were giants in the land.
Every Promised Land has giants and before you take over you have to overcome the giants.
Giants come in many forms, lack of finances, unemployment, no qualifications, abandonment and many other things that seem to be towering over our God given dreams. Many people give up once they sight the giants. They are huge, strong and intimidating and just like the 10 spies, many look at the giants and catch on the grasshopper mentality. In our eyes and in our strength it looks impossible to defeat the giants. It’s like a grasshopper going to war with an elephant and expecting to win.
But that’s just it; we have been called to walk by faith and not by sight. If God say He will give us the land then He will give it to us and like David we should have the faith and confidence to show up in the battle field even though to others it seems ridiculous that we run towards a fully armed giant with only a sling and 5 stones.
I have had it said, when God tells you to do something it either seems impossible, too expensive, or absolutely ridiculous.
Giants are there to remind us that we cannot do it alone. Giants make us run to God and depend on Him. Giants are there to exercise our faith. God will bring down the giants to remind us that He remains faithful.
So, what Giants stand between you and your promised land? Do not run away and neither be intimidated. Run towards your giants speaking words of faith because He who called you is faithful. It time for some sling and stones!
Reflective Thoughts
What is the giant currently keeping you from your dream?
When you come face to face with your giant, does it remind you of how insignificant you are or how big your God is?
One way or the other you will have to face your giant to gain access to your promised land. Do not postpone it face your giant, God is with you!