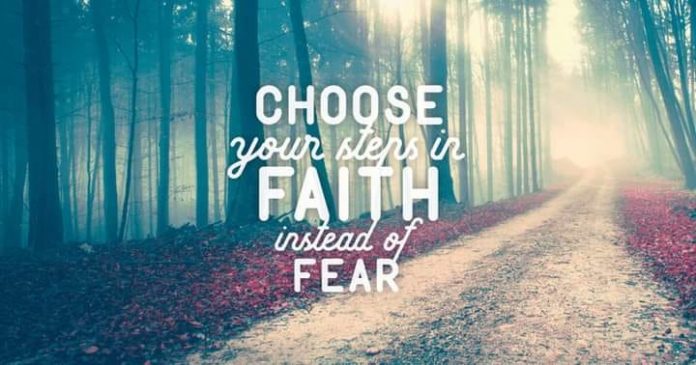 Numbers 13:32-33 (NKJV)
32 And they gave the children of Israel a bad report of the land which they had spied out, saying, “The land through which we have gone as spies is a land that devours its inhabitants, and all the people whom we saw in it are men of great stature. 33 There we saw the giants[a] (the descendants of Anak came from the giants); and we were like grasshoppers in our own sight, and so we were in their sight.”
God had given them a promise that this land was theirs for the taking. He would go with them and give them victory but what the Israelites saw gave them a whole different picture, their hearts were filled with fear and doubt.
Ten out of the twelve spies infected the whole camp with their negative report and that birthed fear and doubt in the hearts of the people. This was a whole new ball game for them. Remember they were slaves in Egypt, that was their routine and that is all they knew how to do. They were not warriors, all they knew how to do is take orders, do this, do that. Someone else always made decisions for them. Now they were to go in and fight and posses the land. Talk about unchartered waters.
The circumstances t did not seem right for them to go in and take the land. Fear of the unfamiliar and that feeling of inadequacy kept them from their Promised Land.
Is fear keeping you away from your promised land? Are you afraid because you have never walked along this path before or you feel inadequate for the journey ahead?
Break through that invisible wall of fear you will realize that there are countless possibilities awaiting you on the other side.
Reflective Thoughts.
What are you afraid of, what is standing between you and the promised land?
The spies saw the beauty and the fruit of the land. What can you see?
Describe your life in the promised land God has shown you, do you believe God is able to give you the victory?