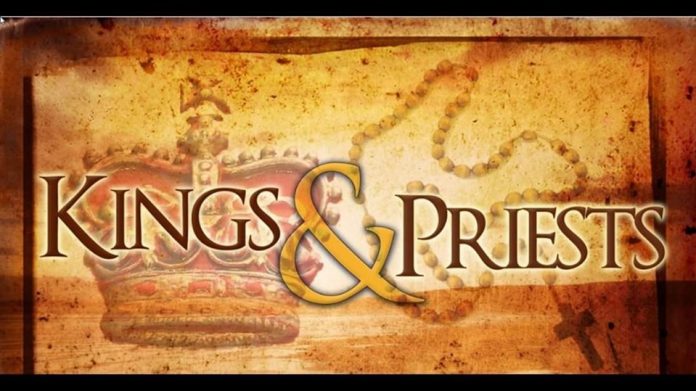 Luke 4:18 Amplified Bible (AMP)
18 “THE SPIRIT OF THE LORD IS UPON ME (the Messiah),
BECAUSE HE HAS ANOINTED ME TO PREACH THE GOOD NEWS TO THE POOR. HE HAS SENT ME TO ANNOUNCE RELEASE (pardon, forgiveness) TO THE CAPTIVES,
AND RECOVERY OF SIGHT TO THE BLIND”, TO SET FREE THOSE WHO ARE OPPRESSED
(downtrodden, bruised, crushed by tragedy),

When Adam and Eve fell in the garden, they lost the power and authority that had been given to them to have dominion over the earth. Sin, corruption, decay and death became the order of the day. The good news is that Jesus the second Adam came to restore that which the first Adam has lost. Not only did He defeat death and the grave, He also restored back to us the power and authority to once again have dominion over the earth and this He did by becoming the only mediator between God and man.

Luke 10:19 Amplified Bible (AMP)
19 Listen carefully: I have given you authority [that you now possess] to tread on [a]serpents and scorpions, and [the ability to exercise authority] over all the power of the enemy (Satan); and nothing will [in any way] harm you.

We have been given the power and authority to overcome all the power of the enemy. Jesus demonstrated to us how to live life on a whole new level. He showed us how to live a life of dominion right here on earth. A life of love and servant hood, a life built on truth, truth that shatters all the lies of the enemy that had bound us.
Everything was under His dominion, even the devil who tried to temp Him, did not succeed. He dominated nature and all kinds of ailments. Demons trembled when He showed up and even death gave up its grip when Jesus showed up. All this He did because He connected to the will of the father always.
Even at His crucifixion, the Bible says that it was He who laid down His life and after 3 days He picked it up again.
This is what He promised us;

John 14:12 Amplified Bible (AMP)
12 I assure you and most solemnly say to you, anyone who believes in Me [as Savior] will also do the things that I do; and he will do even greater things than these [in extent and outreach], because I am going to the Father.

Its time to walk in dominion and do the things that Jesus did to love like He loved, to serve like He served, to give like He gave, because we believe in Him.