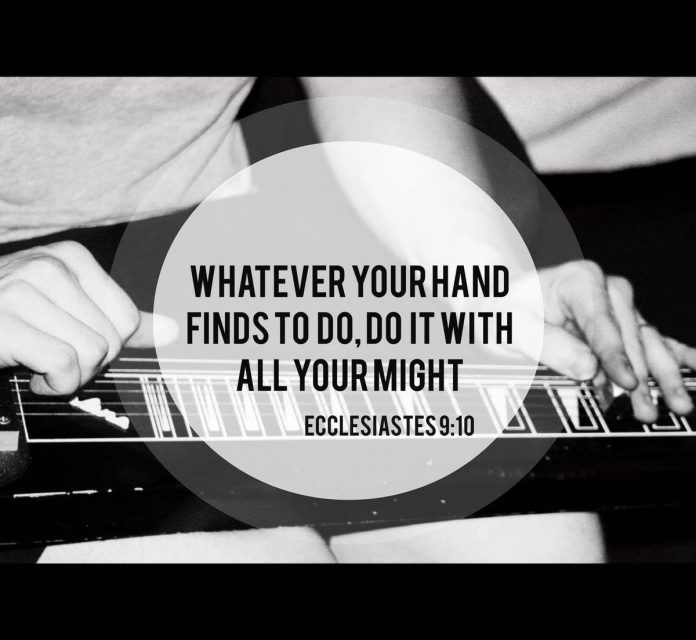 “When I walked up to the building, I almost changed my mind about going in to work in a place like that!” Those were the words she said when she was sharing her testimony. Several years ago she started off as a casual laborer in this place that did not look that promising. She agreed to work as a casual laborer yet she was a graduate with a degree but she went in and gave it her all. She was diligent dependable and faithful and she worked as unto the Lord. Gradually she started climbing up the ranks and last Sunday she shared a testimony of how she had just been promoted to become one of the managers in the company. From a casual laborer to a manger, talk about God blessing the work of our hands.

Genesis 26:12-14
12 Then Isaac sowed in that land, and reaped in the same year a hundredfold; and the LORD blessed him. 13 The man began to prosper, and continued prospering until he became very prosperous; 14 for he had possessions of flocks and possessions of herds and a great number of servants. So the Philistines envied him.

Prayer and fasting are great but they can never take the place of hard work. Many want God to promote them, to open doors, to give them a better paying Job and yet they are not faithful with what God has given them. Isaac sowed in that land, meaning he took the time to wake up early and prepare the land for sowing, he worked the land, he did his part and he did it well then he believed God for the increase.
Colossians 3:23 (NKJV)
23 And whatever you do, do it heartily, as to the Lord and not to men,
Proverbs 12:11 (NKJV)
11 He who tills his land will be satisfied with bread, but he who follows frivolity is devoid of understanding.[a]

Proverbs 14:23 (NKJV)
23 In all labor there is profit, but idle chatter[a] leads only to poverty.

Proverbs 12:24 (NKJV)
24 The hand of the diligent will rule, but the lazy man will be put to forced labor.

Are you diligent in the space where God has put you? Just like God placed Adam in the garden and expected him to till it and take care of it, God has placed you somewhere and he expects you to do your part. Yes it’s good to pray and we should continue to pray. But after prayer then we should fold our sleeves and get on to work and to work diligently as unto the Lord and He will bless the work of our hands no matter where we are remember Isaac sowed in a year of famine and God still blessed him. Do your part well and believe God to prosper you and may you continue to prosper until you are very prosperous like Isaac.