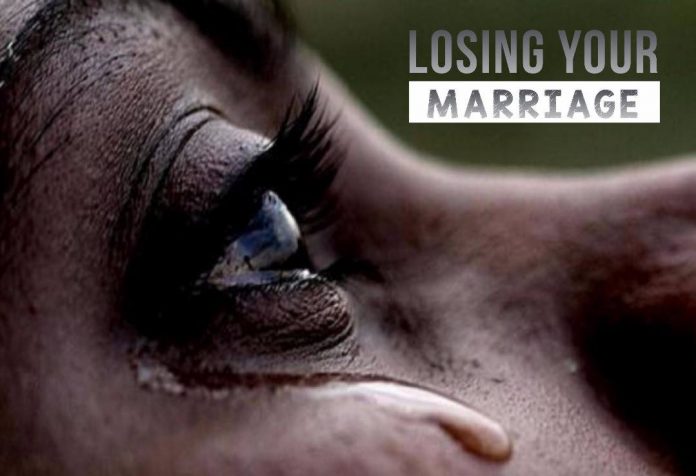 Matthew 19:3-11
Some Pharisees approached Him to test Him. They asked, “Is it lawful for a man to divorce his wife on any grounds?”
4 “Haven’t you read,” He replied, “that He who created[a] them in the beginning made them male and female,”[b] 5 and He also said:
“For this reason a man will leave his father and mother and be joined to his wife, and the two will become one flesh?[c]
6 So they are no longer two, but one flesh. Therefore, what God has joined together, man must not separate.”
7 “Why then,” they asked Him, “did Moses command us to give divorce papers and to send her away?”
8 He told them, “Moses permitted you to divorce your wives because of the hardness of your hearts. But it was not like that from the beginning.9 And I tell you, whoever divorces his wife, except for sexual immorality, and marries another, commits adultery.”[d]
10 His disciples said to Him, “If the relationship of a man with his wife is like this, it’s better not to marry!”
11 But He told them, “Not everyone can accept this saying, but only those it has been given to.

The thought that your sweetheart will no longer be your better half and that you have to constantly contend with the fact that he/she is alive but will no longer be a part of your daily life is a daytime nightmare that awakens you with the reality of getting a divorce.
This is a very dicey and sensitive topic and different people have differing opinions and convictions. I am well aware that a break up, a separation or a divorce isn’t a walk in the park. This morning I’m speaking to you who is in the process of a divorce and you who has already divorced. I know that it is not easy and I will pray for God’s grace to cover you through and through.
When you fall in love and say I Do, the hope at the back of your mind and in your heart, is that this will last forever until the day that you die. Both of you at the altar or at the AG or before your parents, you exchange vows and you pledge to live together. You get countless words of advice and you are escorted into your new home. Most of us don’t really think about the implications of this vow or permanence and that is why when storms come, because they will, our first default reaction NOT response is to leave your spouse.
What is the basis of marriage
Genesis 2:24
Therefore, a man shall leave his father and his mother and shall become united and cleave to his wife, and they shall become one flesh.
Many marriages break up before they start, because of the wrong foundations, wrong convictions. About 3 weeks ago I was on radio and I shared on why you should NOT marry your best friend and many people vilified me because this was an antithesis to their belief system. Friendship will never sustain your marriage, only love-the love of God can carry your marriage through any crisis.
Who then should I marry, you may ask?
You should marry the one God designed and assigned you to fulfill God’s intentional purpose for you. You marry the person that you LOVE and not necessarily like, because when conflict and real issues check in, it is the love of God that will sustain you and teach you to forgive (whatever issue) and rebuild again.
What if I am in an abusive marriage or my partner has chosen to walk in intentional and deliberate infidelity, I have forgiven him/her time and time again and she continues with this behaviour? You may ask.
Then I would counsel you to separate from him/her as you seek and mediation from a third party that is sober…You are not glorifying God by staying in an abusive marriage. You could easily end up dead or maimed or worse with an incurable STI. Take time apart and breathe, reflect on the issues that the two of you are grappling with and see what God is saying to you.
Marriage is work and it takes a lot of work for it work, but divorce takes even more work, especially if there are kids and property involved, it can get really murky. Sometimes when you are in the midst of fighting and deciding you want to get divorced, far too many things and feelings are forgotten about and not considered because you are in the heat of the moment, the midst of what you feel is a definite finality in your marriage.
Divorce is painful, it is a ripping of the heart, it is like piercing your soul with a long knife and mercilessly shredding it to pieces. Whether you are the one who initiated or your spouse or it was a mutual agreement, it is never a walk in the park. I don’t have an easy answer for you, but I do have two things for you to ponder:
1. God still loves you and cares about you and your situation and he wants to heal you only if you will allow him.
2. Your marriage failed but that doesn’t mean that you are a failure