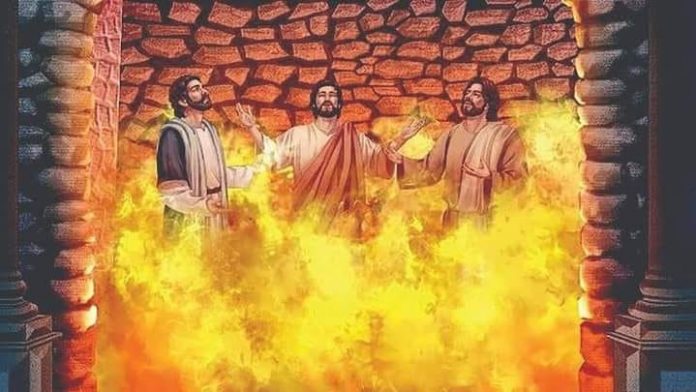 Daniel 3:16-19 NKJV
16 Shadrach, Meshach, and Abed-Nego answered and said to the king, “O Nebuchadnezzar, we have no need to answer you in this matter. 17 If that is the case, our God whom we serve is able to deliver us from the burning fiery furnace, and He will deliver us from your hand, O king. 18 But if not, let it be known to you, O king, that we do not serve your gods, nor will we worship the gold image which you have set up.”
What is the foundation upon which you make decisions, is it convenience or conviction? The three Hebrew young men find themselves in a very tough place, and they have to decide. They either bow down to an idol that the king had erected, or they will be thrown into a fiery furnace. If we were to be honest with ourselves, it is in situations like these that many would bow to the idol and then say they had no choice but to do so. The reality is that they had a choice, they just disliked the consequences on one choice, so they made the decision based on convenience.
I love the deep conviction these three men had. They were convinced beyond any shadow of doubt that it was evil and a great sin to bow down to any other god besides Jehovah. They had a conviction that it was a sin to make any image and bow down to it in worship.
The other conviction they had was that the one true God that they worshipped was able to save them from the fiery furnace.
They also had a conviction that God may choose not to save them from the fire, but he remains God, and he loves them. In essence, they were also declaring that God’s will was supreme and whatever God choose to do, they were OK with it.
We live in a world today where convenience is one of the hottest selling items. If you can package convenience and sell it, you will make lots of cash.
You and I need to ask ourselves what our convictions are. What do I really believe? This one thing is for sure, it is when we are caught between a rock and a hard place that we know what our convictions really are. When the whole crowd is bowing down to idols, and it seems like the right thing to do because everybody is doing it, what choice will we make? Look around you today and as much as you may not see a physical idol that people are bowing down to, there are so many things contrary to what God’s word says that people are doing and many have become socially acceptable. Are you choosing conviction or Convenience?