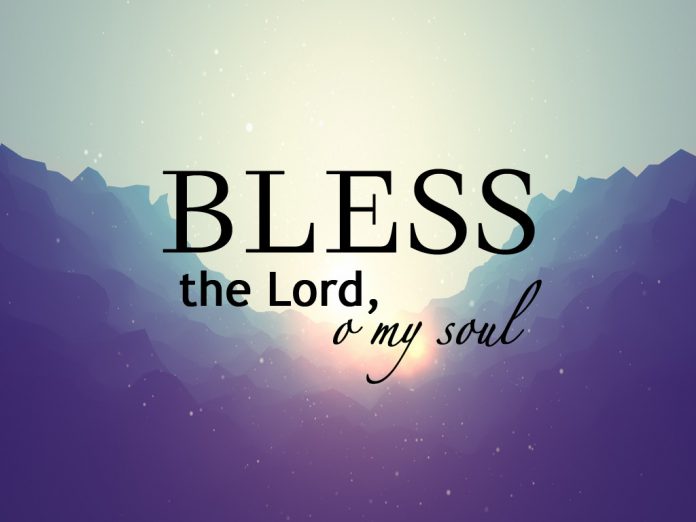 Psalm 34:1–4
I will bless the Lord at all times; His praise shall continually be in my mouth. My soul shall make its boast in the Lord; the humble shall hear of it and be glad. Oh, magnify the Lord with me, and let us exalt His name together. I sought the Lord, and He heard me, and delivered me from all my fears.

Psalm 34, one of David’s most powerful psalms, was written by him in the cave of Adullam. I find it really interesting that David wrote it during one of the most challenging seasons in his life. It’s by no stretch of the imagination for us to see that this was one of the lowest points in David’s life—on the run from King Saul, full of fear and groveling in the presence of the king of Gath, then hiding in a cave. How the mighty had fallen!

After such a demeaning episode, in his darkest hour, David could have indulged in self-pity and condemnation, but instead he chose not to be defeated by his circumstances. Rather, he chose to bless the Lord and let the praises of the Lord be continually in his mouth. Was he fearful? Absolutely! However, despite his fear that King Saul would capture him or that the king of Gath would slay him to avenge Goliath, he sought the Lord in worship in that cave. And God in His faithfulness did not just deliver David from all his fears, but He also transformed all the men who were gathered in the cave with him. They went from being distressed, in debt and discontented to becoming fearless warriors, giant-slayers in their own right, and faithful, mighty men who served David all the days of their lives (see 2 Sam. 23:8–39).

Today, do you believe that God loves you and is faithful to deliver you? It doesn’t matter if you are feeling fearful, if you are in distress, in debt, or discontented. Believe right. Believe that when you seek the Lord in worship as David did, the Lord will indeed hear you, deliver you from all your troubles and transform you. Worship is one of the easiest, yet most powerful ways of being free from self-occupation. Look away from the painful symptoms or the fearful circumstances that are bothering you, and worship Jesus. Be occupied with Him and everything will work together for your good.