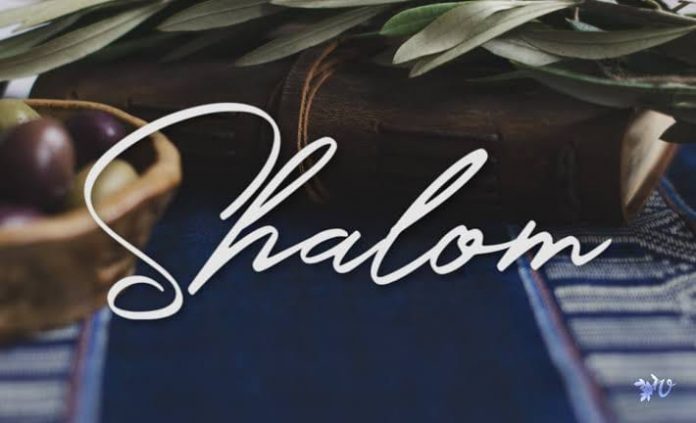 Judges 6:23‭-‬24 NKJV
Then the Lord said to him, “Peace be with you; do not fear, you shall not die.” So Gideon built an altar there to the Lord , and called it The- Lord – Is -Peace. To this day it is still in Ophrah of the Abiezrites.

Because Israel did what was evil in the sight of God, he delivered them to the Midianites for 7 years. 7 years of fear and hiding in caves in the mountains. Israel cries out to God and God hears their prayer and he sends an angel to Gideon. Now Gideon is full of fear, has a low self image and he is hiding in the winepress threshing wheat because of feat of the Medianites. Basically he is living in fear. When the angel calls Gideon a mighty man of valor he does not see himself that way and he is full of excuses. His clan is the weakest in Manasseh and he is the least in his father’s house. When God confirms his word through the angel, Gideon builds an altar and calls it the Lord is peace Jehovah Shalom.

Nothing had changed on the outside, the Midianites were still oppressing the Israelites and the people were still in fear but Gods word had brought peace in the heart of Gideon.

It was the peace of God that gave Gideon confidence and direction, it was the peace that gave him victory. God’s peace is always available to us through his word no matter what the situation on the outside is.

God told Gideon , “Peace be with you; do not fear, you shall not die.” and Gideon stood on that word despite the circumstances on the outside. Remember Jesus said, peace I give to you. May we learn to stand on God’s word because that’s where the peace is at and without peace, we cannot get a hold of anything that God has for us.