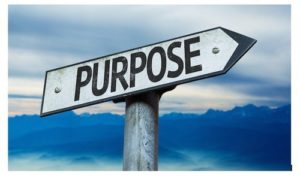 Isaiah‬ ‭42:6
I am the Lord. I have called you for a righteous purpose, and I will hold you by your hand. I will watch over you, and I will appoint you to be a covenant for the people and a light to the nations,

Everyone wants to know what their purpose in life is. They want to have something to live for. Some seek it in education, and others seek it in experience. It is innate in people to understand why they were put on this Earth. Many people live in frustration, trying to figure it out. Jesus was called for a purpose. He was sent to be a new covenant and a light to the Gentiles. Through Him, we can find our purpose.

Light to the Nations
Today’s verse is a prophecy that is intended for Jesus. It must’ve been an encouragement for Him while he was one earth. He was called for a righteous purpose; to be a covenant for the people and a light to the nations. Even better, was that God promised to be by His side and watch over Him while he was on His mission. His righteousness paved the way for our unrighteousness to be removed.

Watch Over Us
There are some promises in here that we can cling too. In John 17, Jesus prays that God extends his love and grace to all of those who follow Him. So we know that He will hold us by His hand and will watch over us. Knowing where you belong and who is looking out for you can half the battle in overcoming doubt and discouragement. You don’t have to worry.

Called for a Purpose
Jesus was called to be a light to the nations, but he never went outside of Israel. So how did that come about? It simple. He is the light of our life (1 John 1), and we are to go out to the nations. If you are one of His followers that lives outside of Israel, then you are called for a purpose; to shine His light to those who are in darkness. Be a lighthouse in your world. Let the light shine as brightly as it possibly can.