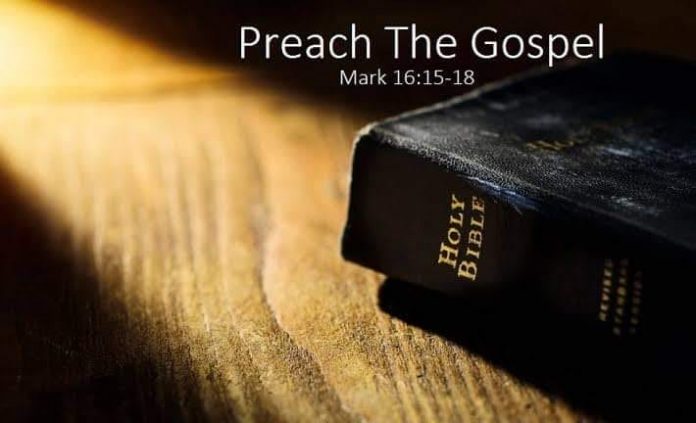 1 Corinthians 15:13-14
13 But if there is no resurrection of the dead, then not even Christ has been raised; 14 and if Christ has not been raised, then our preaching is vain [useless, amounting to nothing], and your faith is also vain [imaginary, unfounded, devoid of value and benefit—not based on truth].
The gospel is the good news, but what is the good news? It is simply summarized in John 3:16, for God so loved the world that he gave his only begotten son so that whosoever believes in him should not perish but have everlasting life. Our preaching is founded on the truth that Jesus the only begotten son of God came down to earth and he was crucified on the cross at Calvary shedding his blood and eventually dying paying the price and penalty for our sins. 3 Days later, he rose back from the dead, he ascended to heaven and is sitted at the right hand of the father.
The good news is that sin no longer has a hold on us as long as we place our faith in Jesus Christ. We are now born again and we who were once alienated from God the father have now been born again into Gods family we have received the Spirit of adoption by which we cry out Abba Father.
As Paul said;
1 Corinthians 1:22-24
22 For Jews demand signs (attesting miracles), and Greeks pursue [worldly] wisdom and philosophy, 23 but we preach Christ crucified, [a message which is] to Jews a stumbling block [that provokes their opposition], and to Gentiles foolishness [just utter nonsense], 24 but to those who are the called, both Jews and Greeks (Gentiles), Christ is the power of God and the wisdom of God.
Christ rose from the dead, we preach him crucified and raised from the dead, our preaching is not in vain. Not only is it the truth, it is the power and wisdom of God.
That is the Gospel, the good news of the Kingdom.