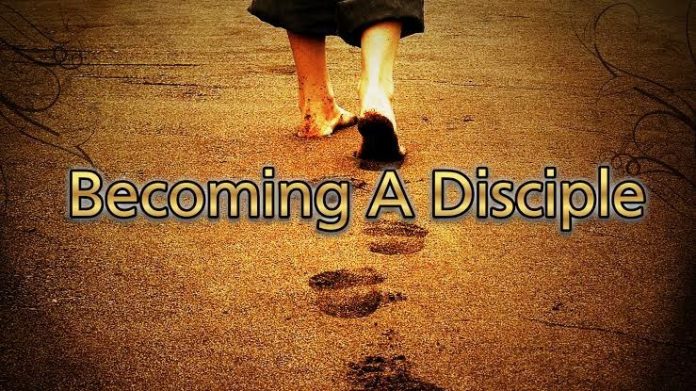 Matthew 4:19‭-‬20 NKJV
Then He said to them, “Follow Me, and I will make you fishers of men.” They immediately left their nets and followed Him.
Think about Peter and his brother Andrew. They are the ones Jesus is speaking to in our key verse. They were fishermen going about their business when Jesus called them to make them fishers of men. They were not religious leaders or schooled in matters religion. They knew how to fish but when Jesus called them, the bible says they left their nets and followed him, and this decision would change their lives forever.
This one thing is for sure, you cannot follow Jesus and your life remains the same.
It is this same unschooled former fisherman called Peter who preached on the day of Pentecost and 3000 people got saved. He is the same guy who walked on water, he also wrote part of the new testament. When we tag along in his conversion from fisherman to Fisher of men we recognize that it was a process and along the way he made mistakes but because he stuck with Jesus, his life was transformed.
Just like it was with the disciples, to become one, we must be called and we must heed the call.
Like Peter and Andrew we must lay down our nets, this signifies what we were depending on for sustenance, instead we must trust in Jesus and give him first place.
We must also be willing to step out of the boat to follow in the direction he leads as he teaches us to become fibers of men. Most importantly we must have faith in him.
From the time we meet the disciples in the Gospels to the time we see them fishing for men in the book of Acts, they have become totally different men, they have become the disciples of Jesus.
The question then is, who are you becoming?
Have you been called to be a disciple and how did you respond to the call? What does casting down your nets to follow him look like in your life today?