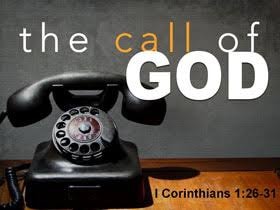 Exodus 3:10-11 NIV
And now the cry of the Israelites has reached me, and I have seen the way the Egyptians are oppressing them. 10 So now, go. I am sending you to Pharaoh to bring my people the Israelites out of Egypt.”
11 But Moses said to God, “Who am I that I should go to Pharaoh and bring the Israelites out of Egypt?”
Desiring to know God’s will for your life is a good thing, but it does not always present itself the way we envision it. Think about Moses having tried to deliver his people by his strength and failing. It’s now been 40 years and God is sending him back to face pharaoh. It would have been easier for God to call him when Moses was still living in the palace, and he had a good relationship with the pharaoh, but that was not God’s way.
Walking out the will of God is not easy because usually the circumstances don’t seem right. My pastor used to say that when God calls you, it will either seem impossible, ridiculous, or too expensive, better yet, it may be all three.
Moses was full of excuses when God called him. Interestingly, when he was still in Egypt and in a place of authority, he had such zeal to deliver his people. God’s call must be done his way, and his way is the way of faith.
It will typically not seem convenient, and the resources needed may not even be available, but when the set time comes and God tells you to move, then we have to walk in obedience and move one step at a time.
Reflections
What excuses have you given to avoid doing what God has called you to do?
Why do you think things are often not smooth when God calls you?
How do you overcome the fear that comes when God tells you to move and things look impossible?