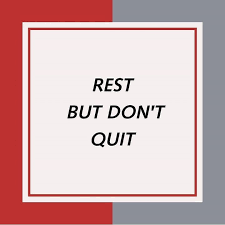 1 Kings 19:4-5
He came to a broom bush, sat down under it and prayed that he might die. “I have had enough, Lord,” he said. “Take my life; I am no better than my ancestors.” 5 Then he lay down under the bush and fell asleep.
Waking in the call of God is not easy, it takes faith, and it can get tiring because the enemy is out to discourage you so that you fail. As you live out the call of God, you will come to seasons where you have to make transitions from one assignment to another, and it is in those moments that we sometimes lose focus and get lost.
Elijah had just experienced the victory of a lifetime! He had just called fire down from heaven, something that no other human being had done before. He had just experienced the greatest victory of his calling, and all the prophets of baal had been destroyed. Yet, in that very moment, Jezebel had made a threat on his life and in panic he had taken off. Sounds funny when you think that this man who had called fire from heaven and bravely slew hundreds of the prophets of baal had taken off in fear because Jezebel, one woman, had threatened him.
Elijah is tired and exhausted, and he wants out. He told God that he had had enough, and he wanted to die. He was ready to call it quits!
There are times we will need to take a time out and rest, but we must press on, no matter how hard the situation may seem.
Interestingly, a few verses ahead, after Elijah says he wants to die, he is told to go anoint Elisha as the next prophet.
Rest is a command that God has given us, and to disobey it is to walk in sin. We should always operate from a place of rest.
Reflections
God rested on the 7th day, what does that mean to you?
How seriously do you take rest and do you schedule it?
When was the last time you took a good amount of rest and what did you do?