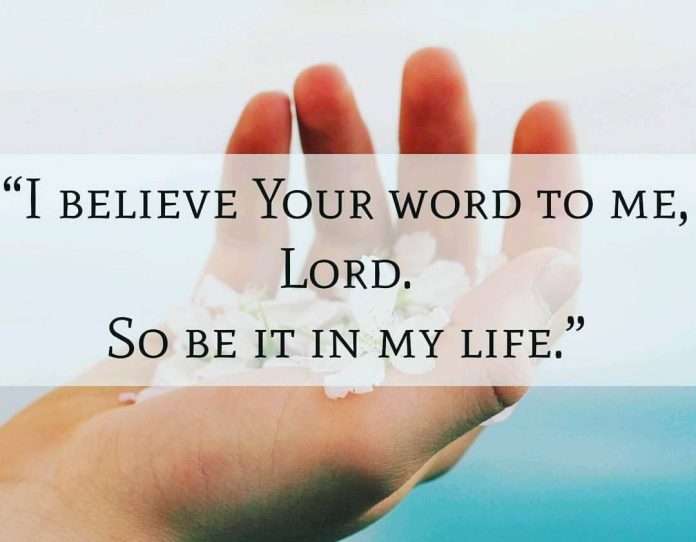 Can you imagine what it must have been like for Mary? There you are minding your own business and then an angel appears right before you! That in itself must have been quite an experience but then again the news that the angel brought is something that is unheard of. How can a virgin conceive without having relations with a man? That is unheard off and humanly impossible but remember like we said yesterday, nothing is impossible with God. Mary on receiving the news and even though she does not understand the full details of how this will all come together, agrees with God’s word and she declares “be it unto me according to your word!”

The third lesson we learn is we must agree with God’s word for us to experience its reality in our life. Remember we have already learned that God cannot lie and number two that nothing is impossible with God.

Think about the things that Mary would have to face; first, what would Joseph think? Would he believe this crazy story? That right there was a possibility for a divorce which Joseph was actually going to do until an angel also appeared to him and this convinced him that Mary was actually saying the truth.
What about her parents, what would they think? What about Josephs parents and the community, what would they say of her if Joseph divorced her? All this were possible realities that Mary might have faced but she did not let all this create doubt and fear in her life, she agreed with God’s word over her life.

The question then would be, when what you see in the natural seems to be the exact opposite of what Gods word say over your life, then what will you be in agreement with? When agreement with God’s word seems to attract all sorts of oppression rejection and opposition then whose report will you believe? Like Mary may you and I be firm in our belief, may we agree with what Gods word say and not just believe in our heads but also believe in our hearts so much so that the words of our mouth and our actions align themselves with what we have believed even if the facts on the ground seem to be telling a different story.

“Be it unto me Lord according to your word!”